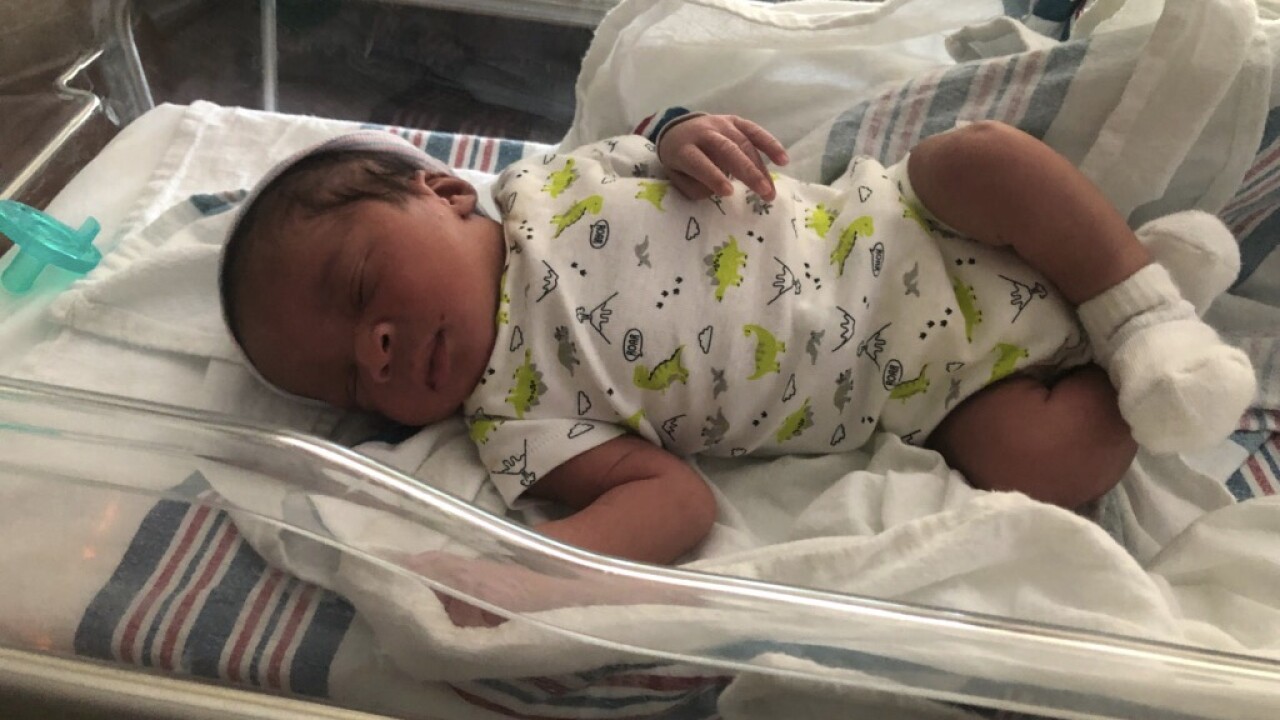 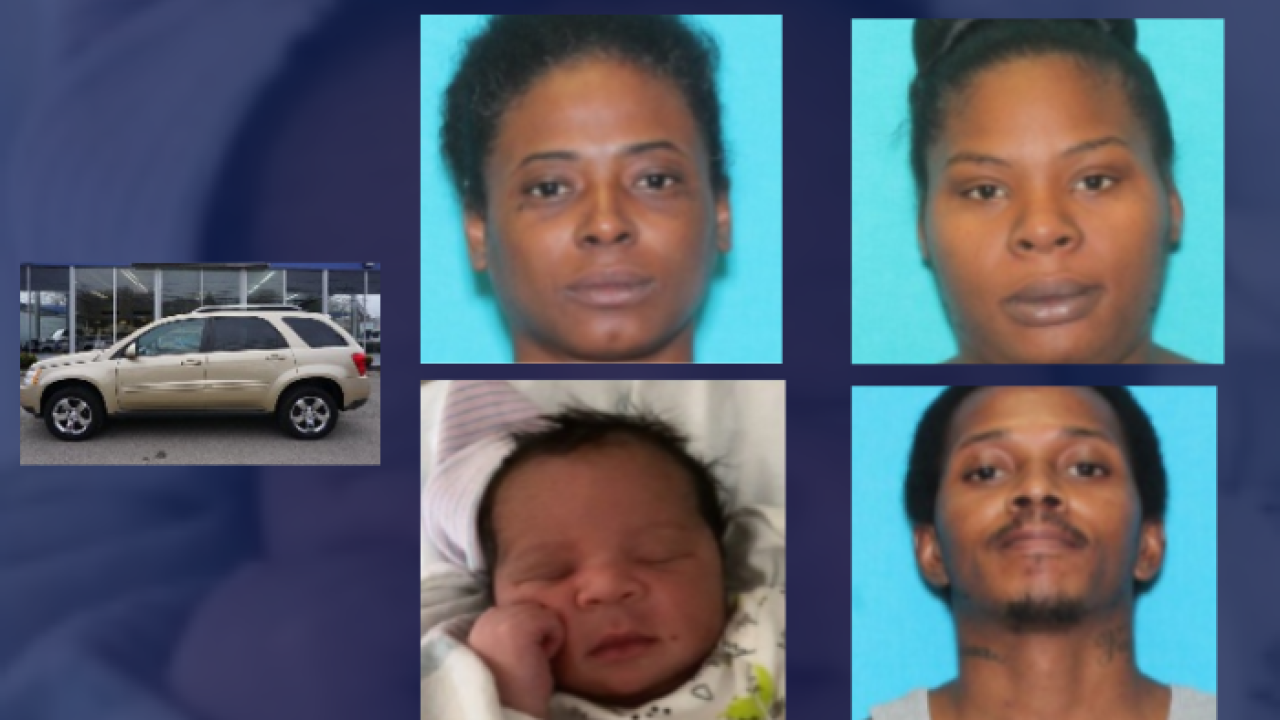 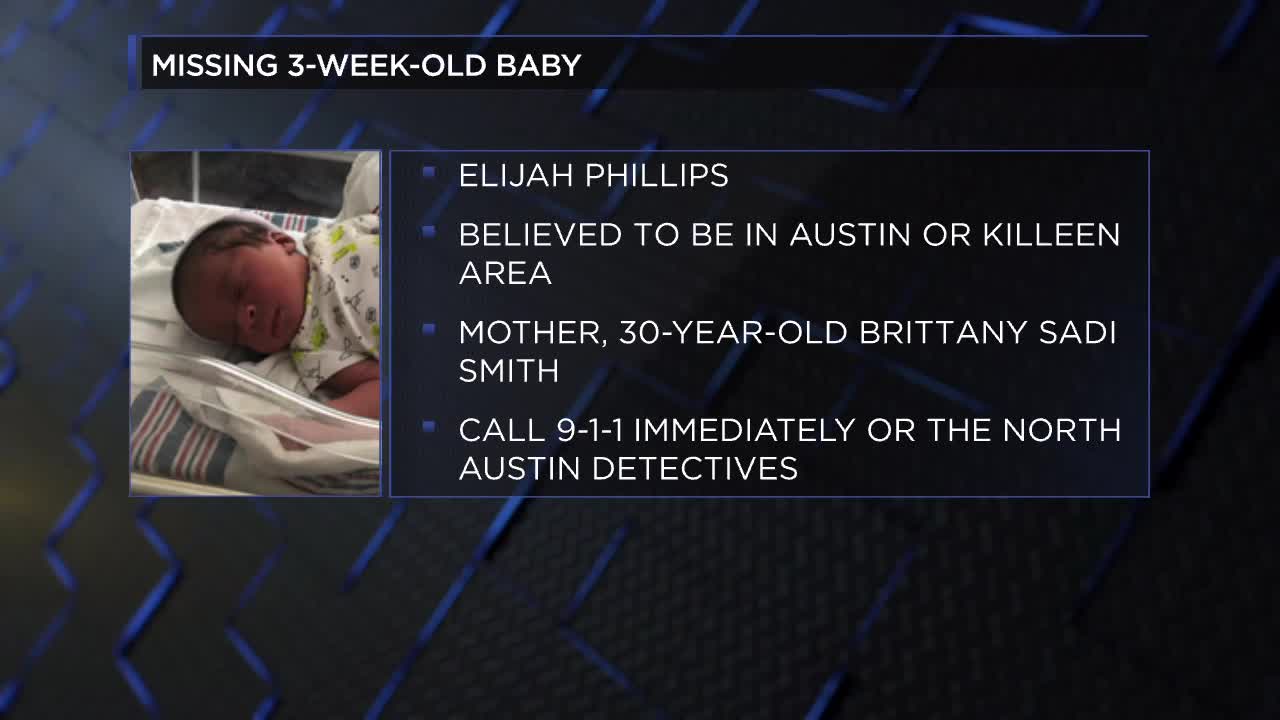 Elijah is currently in CPS custody.

We are thankful to announce that baby Elijah has been located safe and is now with CPS.

Brandy Galbert is in custody, however, APD is still looking for the baby's mother. Case# 19-5031264. No other information at this time. pic.twitter.com/FYiGBiLV20

An Amber Alert has been issued for 3-week-old Elijah Phillips. Austin police are also looking for three suspects believed to be with the baby.

Officials said they may be driving a 2007 gold Pontiac Torrent with TX License Plate KNN7632. The photo provided of the vehicle is a stock photo.

Police said the mother, 30-year-old Brittany Sadi Smith, checked into a local Austin hospital under a false name and gave birth to Elijah on Friday, July 19.

She then gave permission for the baby to leave the hospital on July 22 with a woman believed to be her cousin, 41-year-old Brandy Yovonne Galbert. Elijah has not been seen since.

Child Protective Investigations have a court order to remove Elijah from the mother's custody and is trying to locate the baby.

"Detectives and CPI are concerned for the child’s safety and well-being," said officials.

Anyone with information should call 9-1-1 immediately or the North Austin Detectives at 512-974-5484 or call Crime Stoppers at 512-472-TIPS or text "Tip 103" + your message to CRIMES or use the new Crime Stoppers App . You can also submit tips by downloading APD’s mobile app, Austin PD, for free on iPhone and Android .