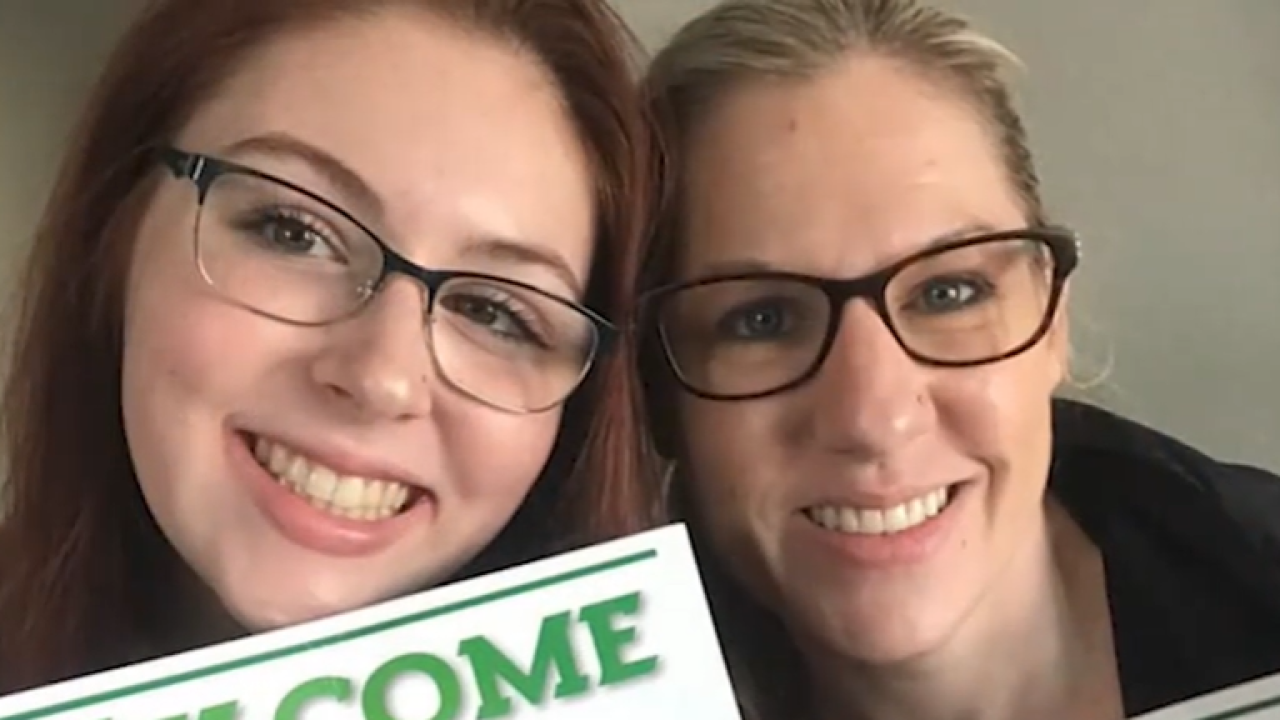 At 16 years old, Emma Earhart is already a junior college graduate and a biology major at the University of North Texas.

She also has a familiar classmate: her mom, Kathy Earhart.

In fact, this semester, the duo is taking every one of their classes together.

Earhart received her associate's degree when she was 15 and is on track to receive her bachelor's degree next year.

"I always say that Emma's on autopilot and I don't want to jinx her because she's got focus, she's got drive, ambition," Earhart’s father, Joe Earhart, told WFAA, ABC's affiliate in Dallas.

For more than a decade, Kathy Earhart stayed home raising three kids but was inspired when her daughter started college at 14.

“I always wanted to be a doctor when I grew up. I just thought the time had passed that I didn’t get to do that,” Kathy Earhart told WFAA.

The mother-daughter team is working toward bachelor's degrees, and eventually, doctorate degrees.

"It's just created a bond that's going to last a lifetime,” her daughter added.