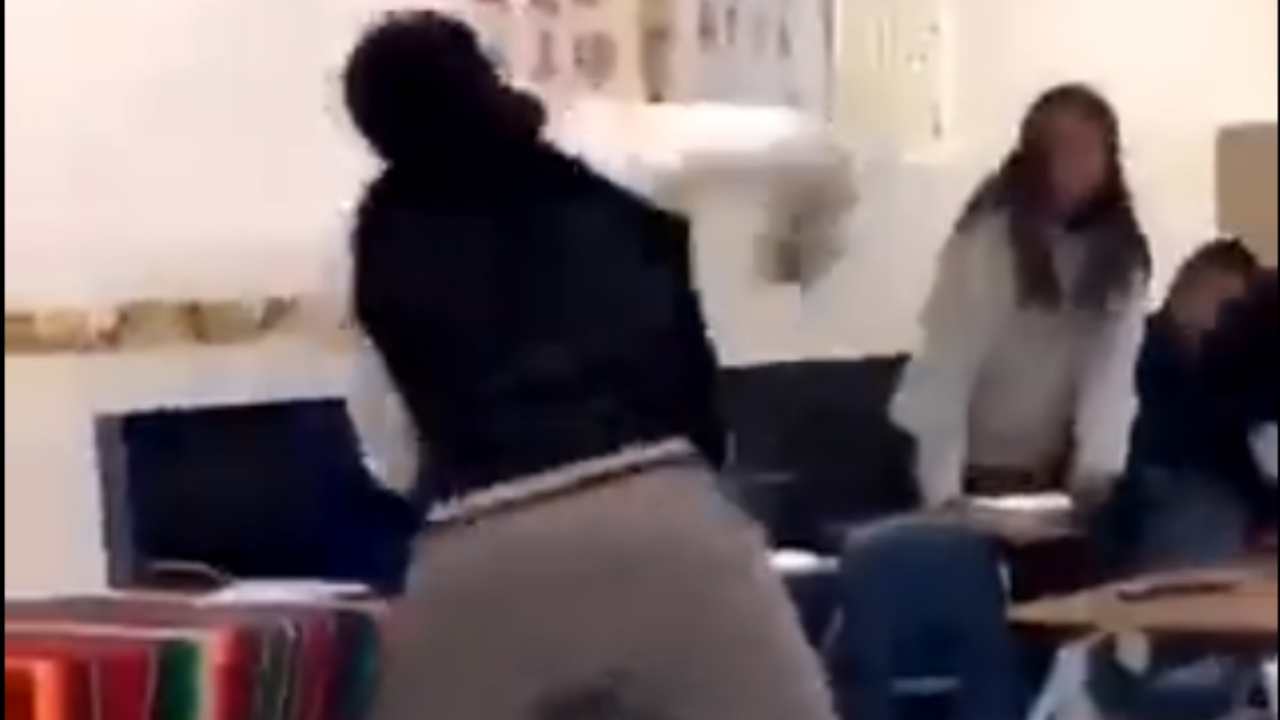 KYLE, Texas (KVUE) — Editor's note: The story below contains embedded video that some may find disturbing.

A substitute teacher at Lehman High Schoo l in Kyle has been fired after videos posted on social media appeared to show her fighting with a student.

Lehman High School posted the following on Facebook on Friday:

As a family, we share both the good news and bad news together. Today, I have to tell you about an incident that is disconcerting.

This afternoon, we fired one of our guest teachers for hitting and fighting with a student. Under no circumstance is that behavior tolerated at Lehman High School or in Hays CISD. Additionally, the former employee was arrested by the Hays County Sheriff’s Office and faces potential criminal charges. Her actions will also be reported to the Texas Education Agency .

We take the safety and security of our students seriously. We took swift action when this incident occurred and will do everything necessary to protect our students.

KVUE spoke with the district and a student in the classroom, who confirmed that the video circulating on social media captured the incident. In the video, you can see the teacher punching the student multiple times, pulling her from her desk and stomping on her head.

According to Hays CISD , the substitute teacher attended her teacher orientation on Aug. 30, 2019. Her first job with the district was on Sept. 13. Friday was her 18th time working for the district.

This is a developing story. Story courtesy of KVUE .