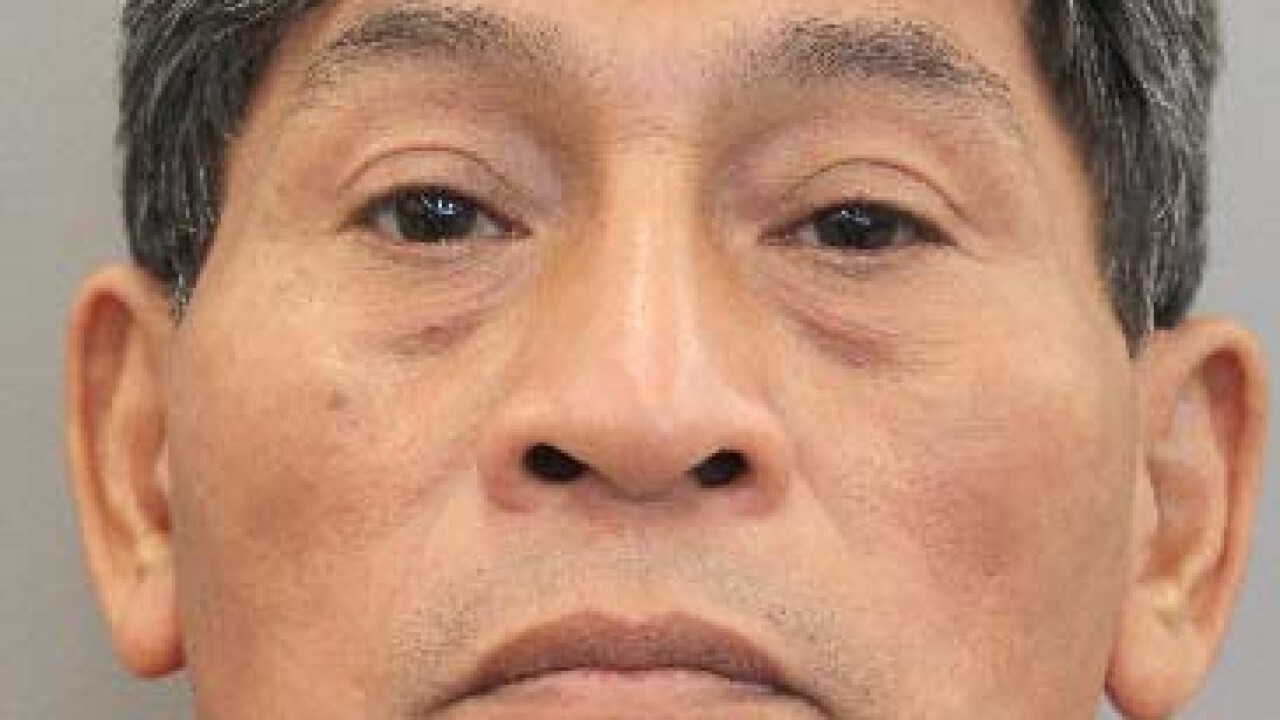 Houston Police have arrested a local church group leader for sexually assaulting a 9-year-old boy, and they believe there may be more victims.

Charges have been filed against a suspect arrested in the sexual assault of a child in incidents dating back to January 1, 2019, according to police.

The suspect, 60-year-old Jose Abel Mena, is charged with continuous sexual abuse of a child in the 183rd State District Court.

Mena is accused of sexually assaulting a 9-year-old boy, as recently as April 2020. The victim, who is a known acquaintance to Mena, was assaulted on several occasions at Mena's residence in the 9600 block of Fulton Street, according to police.

In April, the victim reported the incident to his family, who then contacted police.

After a lengthy investigation and obtaining a positive identification from the victim's family, detectives contacted Mena and spoke to him regarding the allegations. Mena admitted to committing the sexual assaults and, on July 27, turned himself in to police.

Because of his position, investigators believe there may be other victims.

Anyone who had contact with Jose Abel Mena or has information on other possible victims is urged to contact the Children's Assessment Center at 713-830-3259.