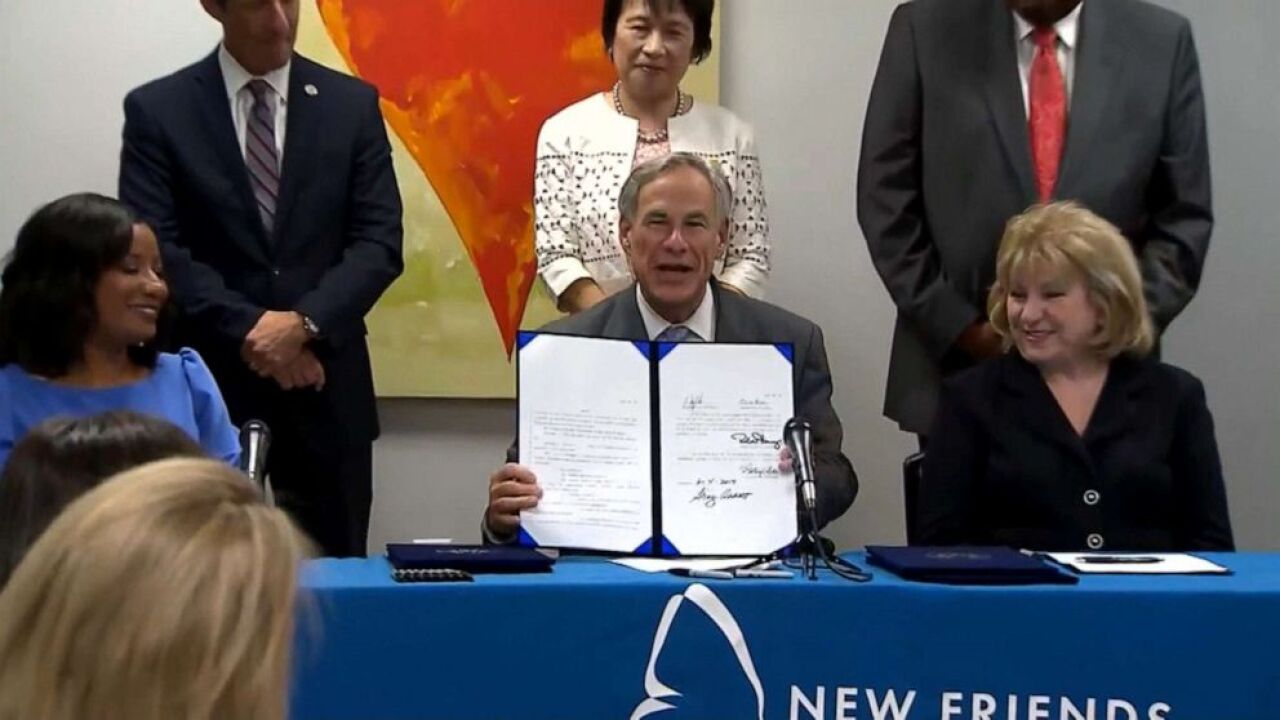 AUSTIN, TX — Beginning September 1, you will need to be 21 to buy cigarettes, e-cigarettes and other tobacco products.

Governor Abbott signed Senate Bill 21 into law on Friday which now prohibits the sell of cigarettes, e-cigarettes and other tobacco products to anyone younger than 21.

The law will take effect Sept. 1.

An exception applies to those serving in the United States Military Forces or State Military Forces. who will still be able to purchase tobacco products with a valid military ID.

According to the bill, the prohibition on the purchase or attempt to purchase also does not apply to a person who was born on or before Aug. 21, 2001.

According to the Texas 21 coalition, 95 percent of people start smoking before age 21. The organization believes raising the tobacco sale age will help combat tobacco use.

Texas now joins 15 other states that have raised the smoking age to 21, according to Texas 21.

BREAKING: Gov. @GovAbbott today signed into law #SB21 to stop sale of cigarettes, e-cigarettes & other #tobacco products to Texans under 21, except for those in the military. Law takes effect Sept. 1. Our press release: https://t.co/M9DJZPfInN #tobacco21 #txlege