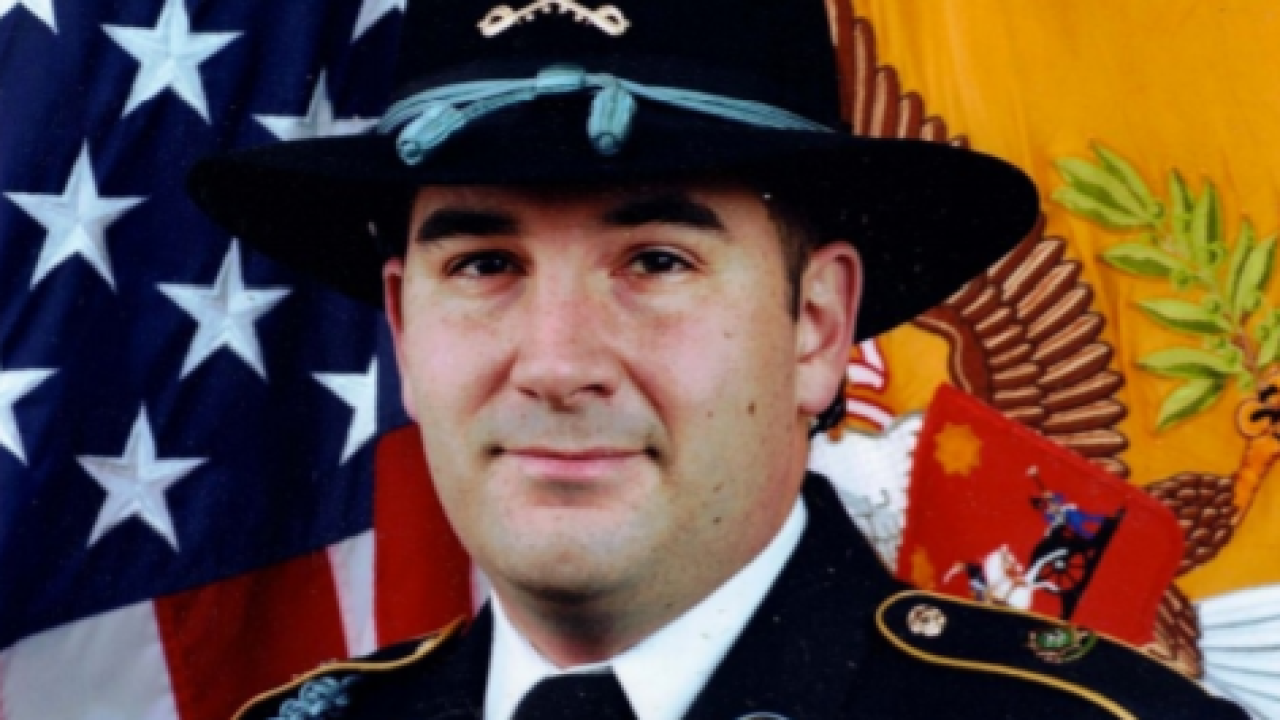 The man suspected of killing anti-police brutality protester Garrett Foster in Austin on Saturday has been identified as an active U.S. Army sergeant named Daniel Perry.

Perry’s lawyer also confirmed to The Texas Tribune late Friday that his client wrote tweets that have strengthened activists’ concerns about the shooter’s frame of mind, the validity of his self-defense claim and Austin police officials’ handling of the investigation.

People across the state and the country have taken to the streets for months to protest the in-custody death of George Floyd. Floyd, a Black man, died after a white Minneapolis police officer knelt on his neck past the point when he lost consciousness in late May.

In June, when President Donald Trump tweeted that “protesters, anarchists, agitators, looters or lowlifes” protesting in Oklahoma would face “a much different scene” than protesters in New York or Minneapolis, Perry responded from a now-deleted account with the username “@knivesfromtrigu.” The tweet read, “Send them to Texas we will show them why we say don’t mess with Texas.” That account was identified as being connected to Perry by Tribune of the People, which bills itself as a “revolutionary news service.”

Perry was initially confirmed as the Austin shooter in a press release from his attorney, first posted by KXAN-TV on Friday. The statement said Perry acted in self-defense after he “reasonably perceived a threat to his life” because Foster raised a rifle at him after he unknowingly turned his car into the crowd.

Other witnesses at the scene dispute that Foster raised his weapon and said Perry seemed to use his car to instigate the violence. Vehicles have been used on numerous occasions throughout the country recently as weapons against those demonstrating against police brutality and racial injustice. And doubts over Perry’s self-defense claim have since been amplified by the discovery of his tweets.

“If he was trying to just get down Congress and get through there ... and just get out of the way of the people, he would have been going a lot slower,” Michael Capochiano, a protester at the scene, told The Texas Tribune.

Perry’s attorney, Clint Broden, said the tweets are being taken out of context. He told The Texas Tribune on Friday night that Perry was agreeing with Trump in speaking out against violent protests as a military man, but “anyone who thinks he went to Austin with an agenda” is very mistaken.

Foster, 28, was killed in downtown Austin Saturday night during a protest against police brutality. Foster, who was white, was crossing an intersection and visibly carrying an AK-47 rifle — which is legal in Texas — when Perry drove toward the crowd.

Perry, who is also white, has not been arrested, and has been cooperating and speaking with law enforcement, his lawyer said. Austin police said Friday they could not confirm Perry was the shooter and declined to provide new information about the case. A police spokesperson previously said the shooting is under investigation.

Protesters on the scene told The Texas Tribune that a group surrounded Perry’s car after it hit a traffic cone, and in video from the scene, the sound of a car horn is quickly followed by three gunshots.

Texas’ so-called “stand-your-ground” law allows people to use deadly force against someone else if they feel they are in danger. It also prohibits an individual from arguing self-defense if they provoked a threat from someone else.

“The simple fact is that Sgt. Perry reasonably perceived a threat to his life when, as has now been confirmed by independent witnesses, Mr. Foster raised his assault rifle toward Sgt. Perry who was sitting in his car,” Broden said in his release.

But Perry’s tweets added to the concerns of those who already were skeptical that he was acting in self-defense.

Capochiano and other witnesses have said Perry seemed to drive threateningly into the crowd before shots were fired, and his actions seemed intentional. Motorists hitting demonstrators with their cars has not been uncommon during this year’s anti-police brutality protests, and the incidents bear echoes of the 2017 Charlottesville white supremacist rally, during which a counter-protester was killed by a vehicle that rammed into the crowd.

Jacob Stoil, an assistant professor of military history at the U.S. Army’s School of Advanced Military Studies, said he has “without a doubt” seen the use of vehicle-ramming tactics increase during protests since Floyd’s death.

“Some researchers have identified as many as 70 to 75 attacks using this tactic,” he said.

Stoil, who emphasized that he was speaking based on his personal research and not on behalf of the Army or any institution, said there is a strong correlation between social media incitement of violence and vehicle-ramming tactics being deployed in real life. Social media can help determine whether a motorist intended to kill someone using their vehicle or saw the opportunity arise in the moment, he said.

“This is where the online environment becomes very important ... encouraging people to even have this in their thoughts and to think of it as a potential solution to their problem,” he said. “So one of the things to really look for is engagement with the online environment and encouragement that it might have provided to any individual.”

According to his attorney’s statement, Perry was driving for a ride-share company the night of Foster’s death and did not know a protest was taking place when he drove to the corner of Fourth Street and Congress Avenue. As people beat on his car, Perry said, Foster used the rifle to motion for him to roll his window down. Perry complied because he initially thought Foster was a law enforcement officer, the statement said.

“It was only then that Sgt. Perry, who carried a handgun in his car for his own protection while driving strangers in the ride share program, fired on the person to protect his own life,” the statement read. “... Perry is devastated by what happened.”

Perry said through his lawyer that he fully cooperated with law enforcement and called 911 after getting a safe distance away Saturday night to report the shooting. Police said in a statement the shooter was questioned and released while the investigation continues.

The lack of an arrest added to harsh criticism the Austin Police Department has faced in recent months. In April, police shot and killed an unarmed Black and Latino man, Mike Ramos. Officers later critically injured two protesters, ages 20 and 16, by firing “less-lethal” rounds at their heads during protests spurred by the deaths of Ramos and Floyd.

After Foster’s death, the department has again been criticized for Police Chief Brian Manley’s focus on his officers’ actions after the shooting and Austin Police Association President Ken Casaday’s tweet that Foster “was looking for confrontation.” Casaday has since deleted the tweet and apologized for it.

Perry is stationed at Fort Hood, officials confirmed to 25 News Friday. The military post has been in the spotlight for the killing of and harassment claims made by soldier Vanessa Guillén. But officials did not immediately respond to questions late Friday about Perry’s military status or whether they are investigating the Austin incident.

James Sasinowski, a protester who witnessed the Foster shooting, said core disconnects — and a lack of universal compassion for fellow people — have divided the country.

"It's easy to be angry when reading ... those past tweets in the current context. We have to ask 'How did we get here? What led this person to feel this way?'" he said in a text to the Tribune. "...We can blame police and racists all day long, but until we change the system, there will be no real difference."

This article originally appeared in The Texas Tribune at https://www.texastribune.org/2020/07/31/daniel-perry-austin-protest-garrett-foster/.