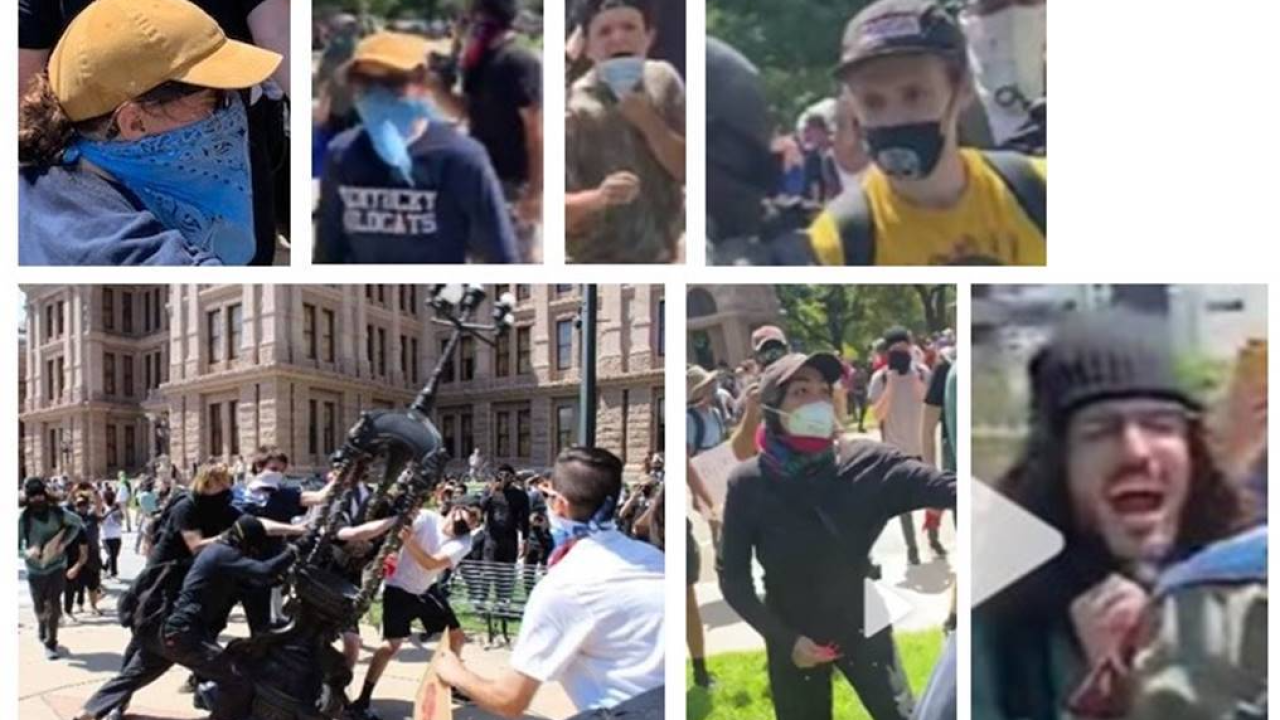 AUSTIN, TX — DPS is looking for additional vandalism suspects from a protest at the Texas State Capitol at the end of May.

On Tuesday, June 23, the Texas Department of Public Safety arrested a suspect in connection with the vandalism and damage caused to the Texas State Capitol during a protest on Saturday, May 30.

During the incident, a number of protestors intentionally damaged the historic Texas State Capitol building, monuments and fixtures, as well as DPS patrol vehicles. Several DPS Troopers were also injured during the riot.

As a result of this investigation, DPS Special Agents obtained an arrest warrant for Keegan Dalton Godsey, 23, of Austin, Texas. Godsey was arrested without incident for felony criminal mischief, riot and interference with public duties, and was booked into the Travis Co. Jail on Tuesday.

Additionally, DPS is working with Capital Area Crime Stoppers to locate several individuals who were captured on video and in photos during an active assault on DPS Troopers. This incident occurred during a protest at the State Capitol on Saturday, May 30, at approximately 3:30 p.m. Several DPS Troopers were assaulted, and property was damaged.

Anyone with information about this specific event or those involved is urged to contact Capital Area Crime Stoppers. (Please see the photos below for individuals wanted in connection with this crime.) All tips are guaranteed to be anonymous. Contact Crime Stoppers by phone at (800) 893-TIPS (8477) or (512) 472-TIPS (8447); online at www.austincrimestoppers.org; or by mobile app: P3 Tips.