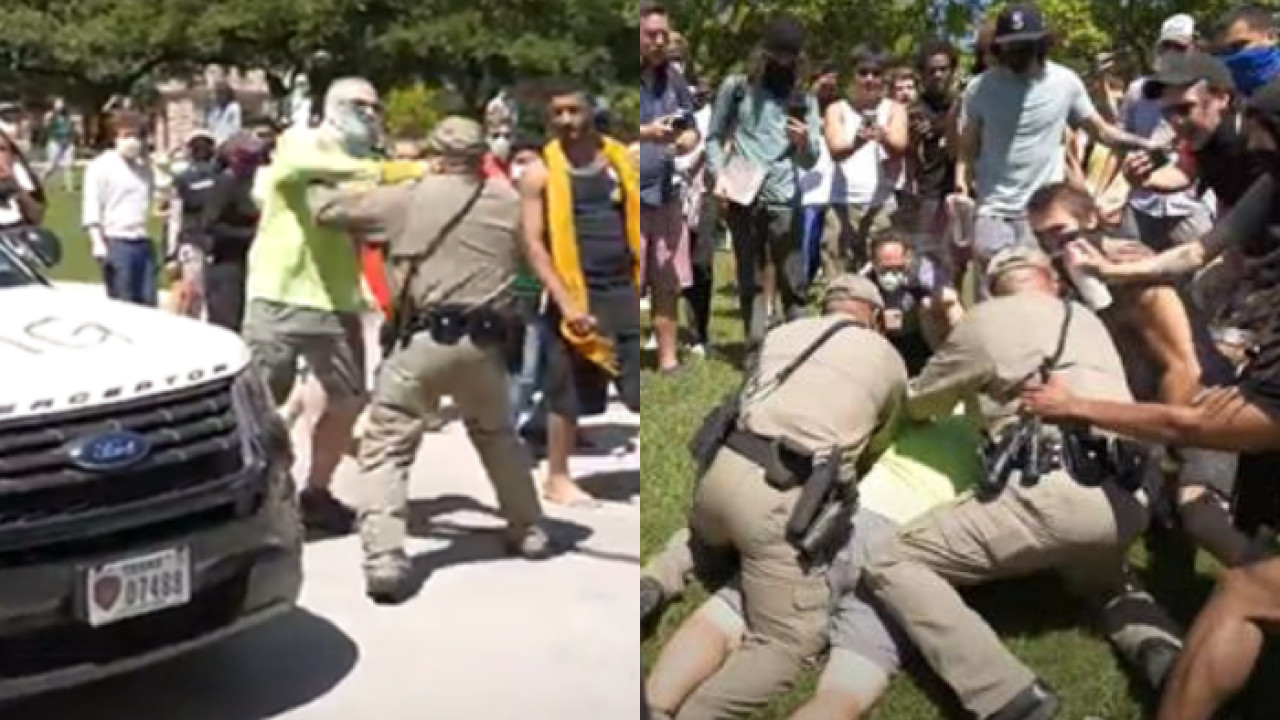 AUSTIN, TX — The Texas Department of Public Safety (DPS) arrested two more suspects in connection with rioting and vandalism that occurred during protests near the Texas State Capitol in May.

Video posted on social media shows Mitchell attacking and kicking a DPS patrol vehicle during the protest at the Texas State Capitol on May 30, 2020, according to Texas DPS.

When confronted by Troopers, Mitchell first resisted arrest, then tried to escape, they said.

As Troopers tried to arrest him, a group of protestors surrounded them, attempting to free Mitchell. Troopers were able to move Mitchell to a safe location, confirm his identity and release him.

On July 3, 2020, DPS Special Agents obtained arrest warrants for Mitchell and he was taken into custody without incident.

Surveillance from May 30, 2020, shows the teen, and 18-year-old Gerald Govan Brown, who has already been charged, spray painting the Texas State Capitol.

At that time, Troopers attempted to stop and arrest the teen, who resisted and fled. Additional surveillance from May 31, 2020, shows the teen again involved with a group of people spray painting several locations including the Governor’s Mansion and the Texas State Capitol.

On Sunday, July 5, 2020, DPS Special Agents coordinated with the teen’s family, and he was taken into custody without incident.

Both of these arrests are the result of ongoing investigations conducted by DPS Special Agents and Crime Analysts who have reviewed hundreds of hours of videos from various media platforms, surveillance camera footage, law enforcement databases and open source information over the last several weeks. The investigation into additional suspects continues.