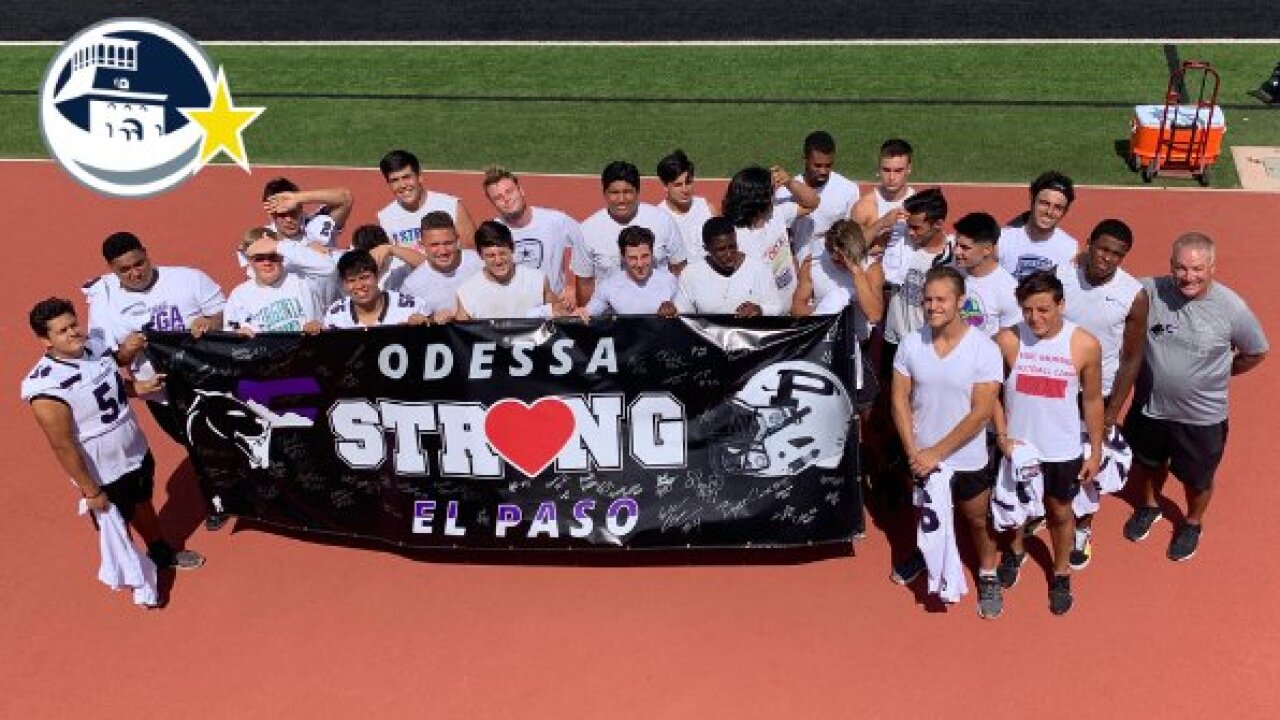 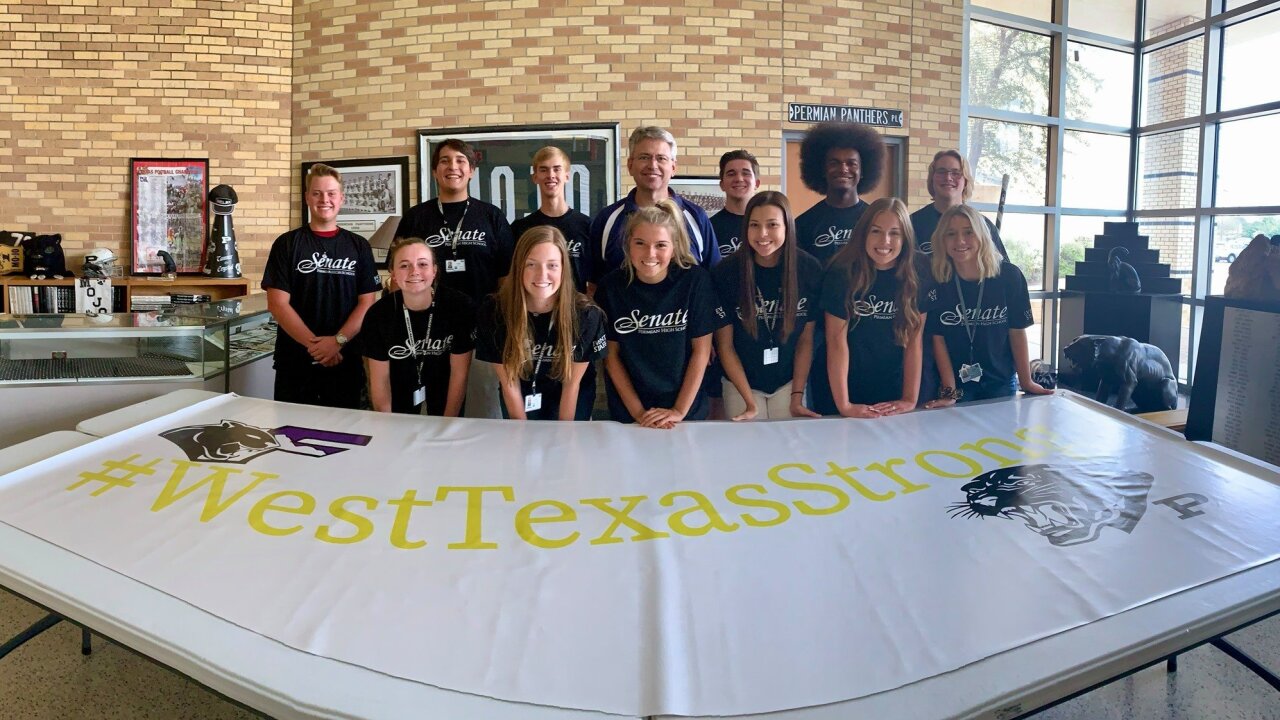 (CNN) -- For years, El Paso and Odessa have met on the football field to battle it out for the win and bragging rights.

But this time as the two teams hit the field on Thursday they put aside their differences to share a message of unity.

In just 28 days, both of these communities were shaken when a gunman opened fire. In El Paso, 22 people were killed and two dozen injured when a gunman opened fire at a Walmart on August 3. In Odessa, seven people were killed and 22 others wounded when a man went on a shooting spree after being pulled over by troopers on August 31.

That's why Thursday night's game has a different meaning for the two teams.

The teams, Franklin High School from El Paso and Permian High School in Odessa, both made special banners to exchange ahead of kick off at Ratliff Stadium in Odessa.

"West Texas Strong," reads the banner made by the Odessa school. "Odessa Strong El Paso," reads the one from the El Paso team. Both signed with special messages by the students and athletes.

David Byrd, president of the El Paso team's booster club, told CNN the team got the idea when they were presented a banner on their first game against Rio Rancho Cleveland from New Mexico.

"We have to pay this forward and unite these communities," he told CNN.

After the banner exchange, a moment of silence will be held to remember the victims followed by a moment of applause for the first responders.

"This last month we both lived through the same violence and chaos," Mike Adkins, communication officer of Ector County ISD, fold CNN. "Following a horrific situation, the community is coming together for support and together we are strong enough to overcome this."

In addition to the pre-game tributes, Adkins said that the Permian High School band has a special twist to the end of their performance.

"Football is helping help our communities," said Byrd. "On the field they are fierce competitors but after the game they are going to be brothers."