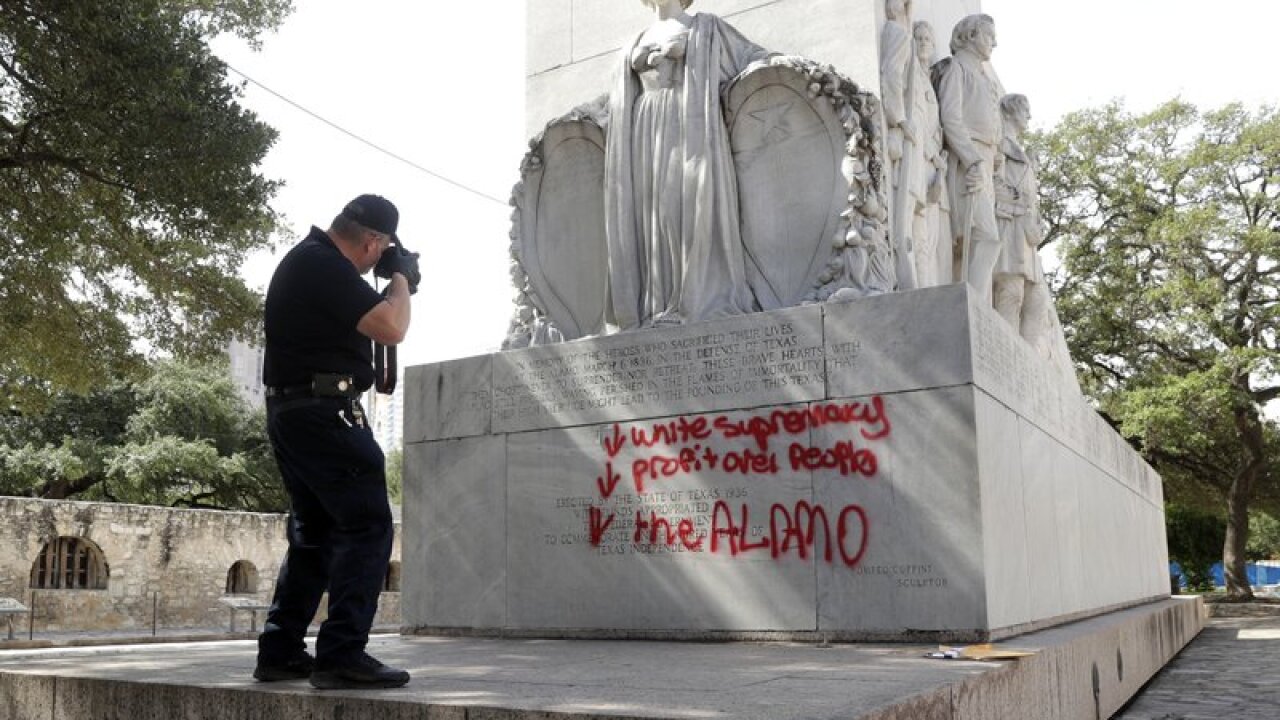 Officers found the graffiti in the early hours of Friday and arrested a suspect in relation to other graffiti nearby around 2 a.m.

The Cenotaph memorializes the 200 Defenders of the Alamo killed by the Mexican Army in an 1836 assault during the war for Texas independence. The 58-foot-tall marble slab has been a centerpiece of Alamo Plaza in the city’s downtown area since 1939.

The north base of the Cenotaph was marked in red spray paint with the words “white supremacy,” “profit over people” and “the ALAMO.” Each line of wording is preceded by a downward facing arrow. Police found other graffiti nearby.

Officials with the Alamo condemned the graffiti.

“This vandalism should not become a vehicle to advance one side or the other’s position on the proposal to repair and relocate the cenotaph. Today should be about unifying our resolve in support of The Alamo, the cenotaph and our respect for the history of Texas,” they said in a statement.

Councilman Robert Treviño expressed disappointment at “the desecration” and said the city was removing the paint while working with the San Antonio Police Department in its investigation.

“While there are security measures in place including cameras and patrolling, there will be an increased police presence in and around Alamo Plaza moving forward to prevent such criminal activity,” Treviño said.

The Cenotaph is slated to be relocated about 500 feet south of its longtime home this year under a $450 million Alamo redevelopment project. The proposal has drawn fierce opposition from descendants of the Alamo’s 1836 defenders.

Lee Spencer White, president of the Alamo Defenders Descendants Association, suggested the monument could be susceptible to more vandalism if relocated. She said her group will demonstrate June 13 to protest the relocation.