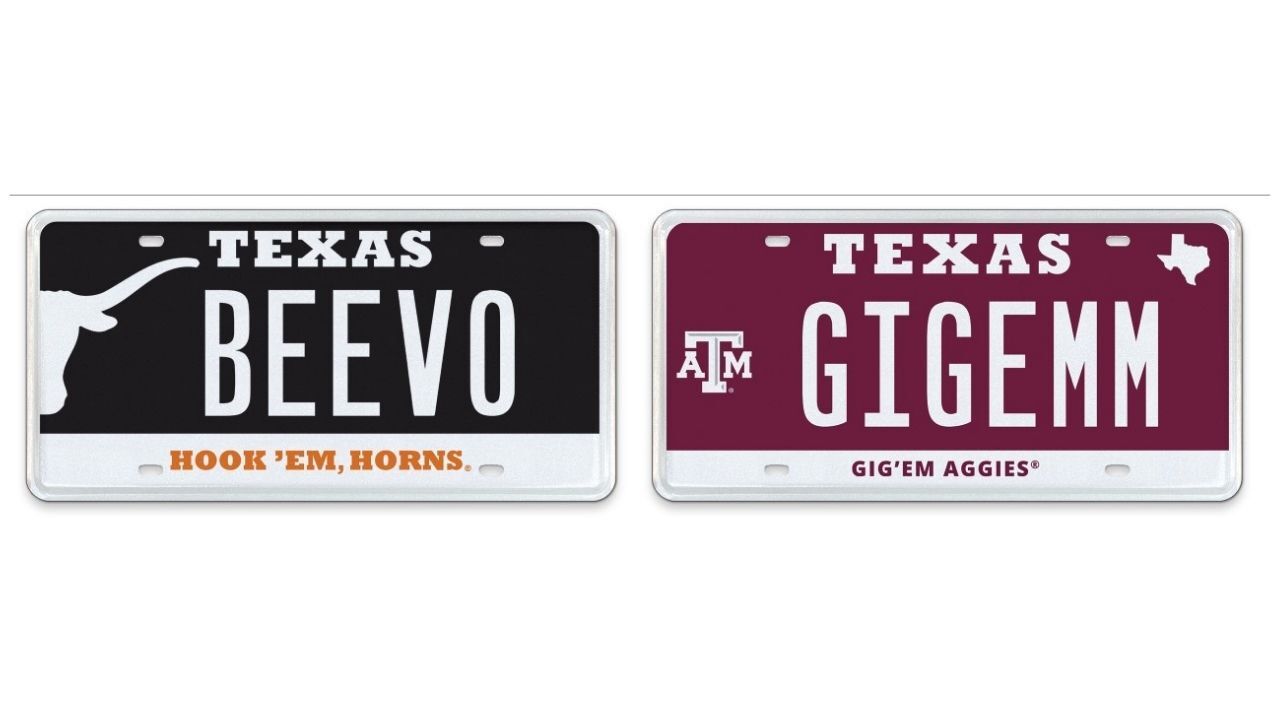 If you're an Aggie superfan, here's an auction for you. The state is waiting to see which personalized license plate will go for the highest bid: BEEVO or GIGEMM.

While the college teams don't compete on the field anymore, during the plate auction they can battle it out for plate pride.

Two of the fifty plate messages in the auction include these two coveted plates.

The auction ends on October 21st.