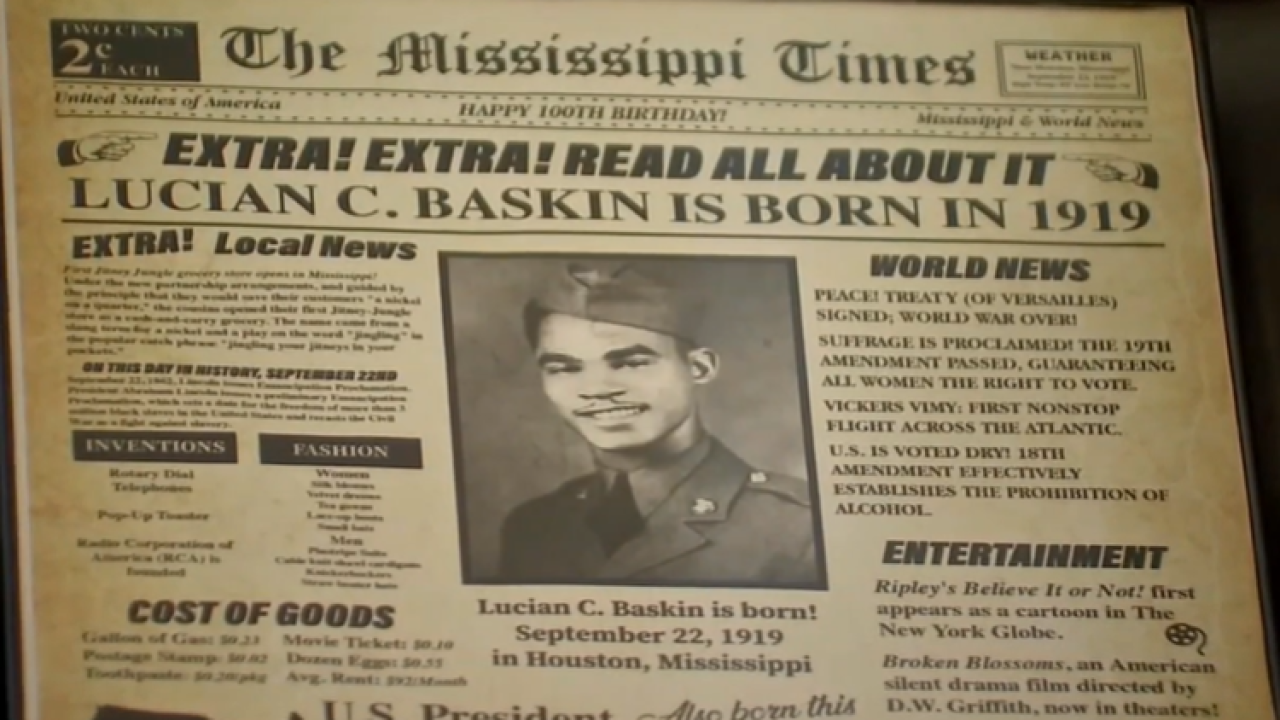 Lucian Baskin has lived for a century. He has lived through 18 presidents, the civil rights movement, and the dawn of the digital age. He is living history.

There is one piece even his family just recently learned.

"I said, 'wait a minute' and I said, 'wow, I didn't realize it," said Baskin's niece Rosalyn Poche-Waddleton with a smile.

Only when his family was gathering pictures and putting together a biography for his 100th birthday this past September, did they learn Baskin, an Army veteran, was part of the invasion of Normandy. Nobody talked about it, including Baskin, said Poche-Waddleton.

Fewer than 400,000 World War II veterans of the 16 million who served are still alive, according to the U.S. Department of Veterans Affairs.

Except for some bad knees, Baskin is healthy and grateful.

"I feel blessed to be here. I really do," Baskin told Eyewitness News as he sat in the Richmond home where he lives with other veterans as part of a Veterans Affairs housing program.

"Those were rough days. It's bad to see people fall around you and have to step over dead people. That's kind of rough and hard to get used to," he explained.

He made it through the invasion, and made his way with his battalion to Belgium and Germany. Baskin showed Eyewitness News a picture of the day in 1945 he was to leave Europe.

He would later marry, twice. He had two children, worked for the government and retired as a salesman at a Houston photography store. Photography was his passion.

Today, his niece, Poche-Waddleton, is so proud of all parts of the story of his life she continues to learn. She encourages families to ask questions of their older veterans.

"It usually makes my day when somebody congratulates me and says thank you for your service. It makes my day. It makes me feel good because, for so long, I never received the recognition."