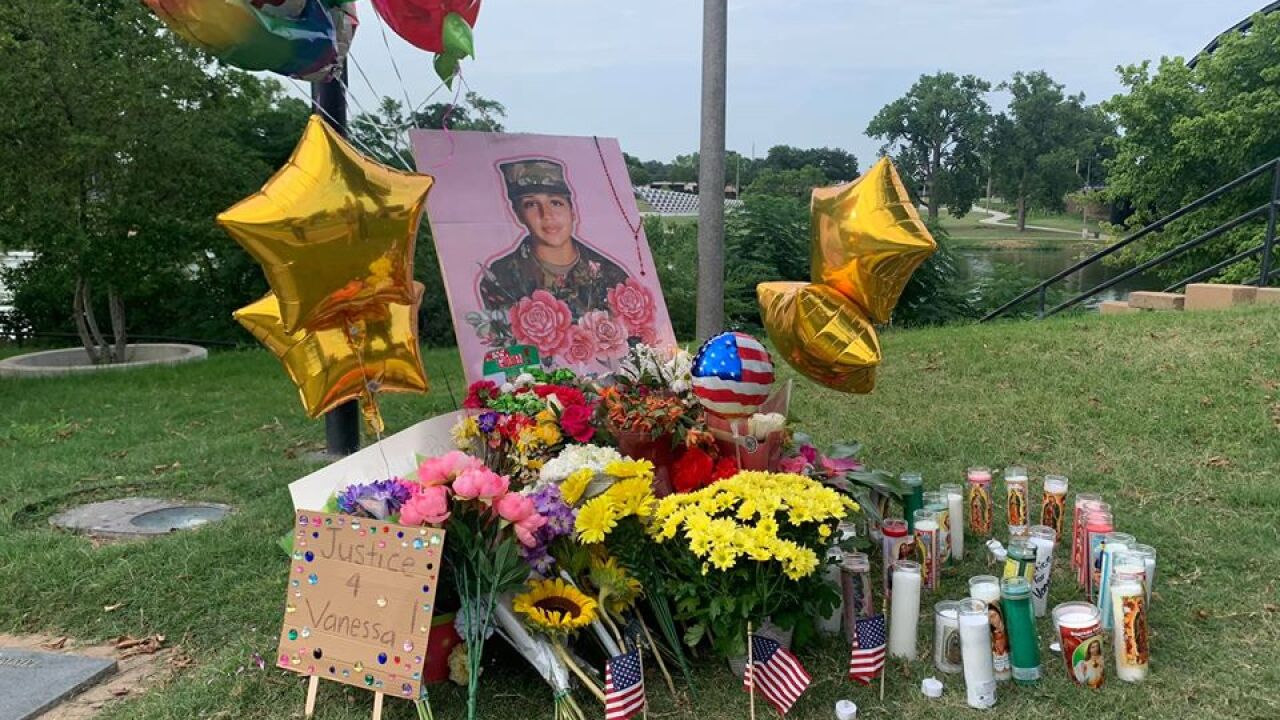 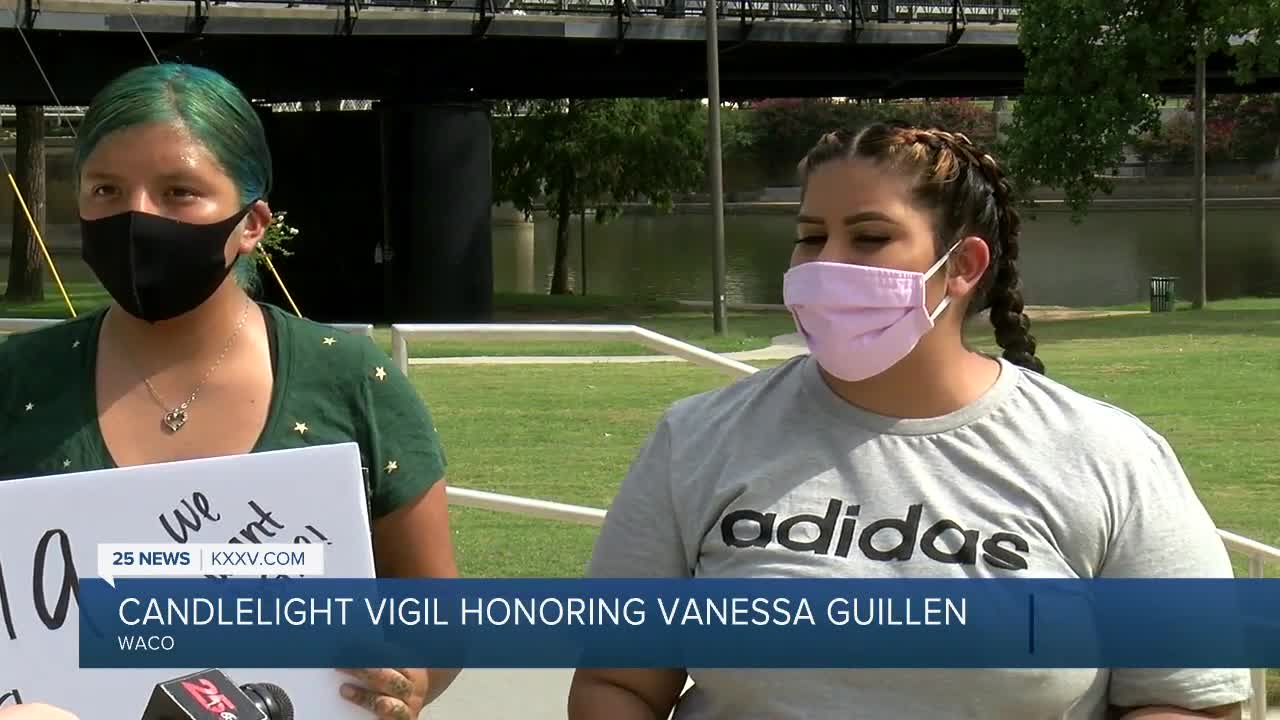 WACO, Texas — Dozens gathered at a makeshift memorial near the Vietnam Veterans Memorial in downtown Waco to honor the life of Spc Vanessa Guillen, a Fort Hood soldier who was killed on post earlier this year.

Some brought candles and balloons to add to the growing memorial, while others carried signs asking for a deeper look into the circumstances surrounding her death.

"We're gonna say her name loud and clear so everyone can hear us and everyone can know about her," organizer Isabel Ortiz said.

Guillen's family claims Vanessa told them she had been sexually harassed on post prior to her disappearance. The Army has disputed those claims.

"She was a soldier," Elizabeth Rodriguez, another organizer, said. "She fought for our freedom and I feel like when she fought for us, we need to fight for her."

The crowd showed up despite the fact that Guillen has no family in Waco. Her link to the Hispanic community has led several parents like Karen Medrano to say it hits close to home.

"When I was younger," Medrano said, "I also had a dream to join the military and now that I see all that's going on, all the murders, all the soldiers that are missing, I'm thinking I'm glad I didn't."

As they shouted and supported the Guillen family, the say they are also fighting to protect their own daughters, sisters and cousins who they fear could face a similar fate.

There will be another candlelight vigil at the memorial Tuesday night at 6:30 p.m. as the Central Texas community continues to remember Vanessa Guillen.