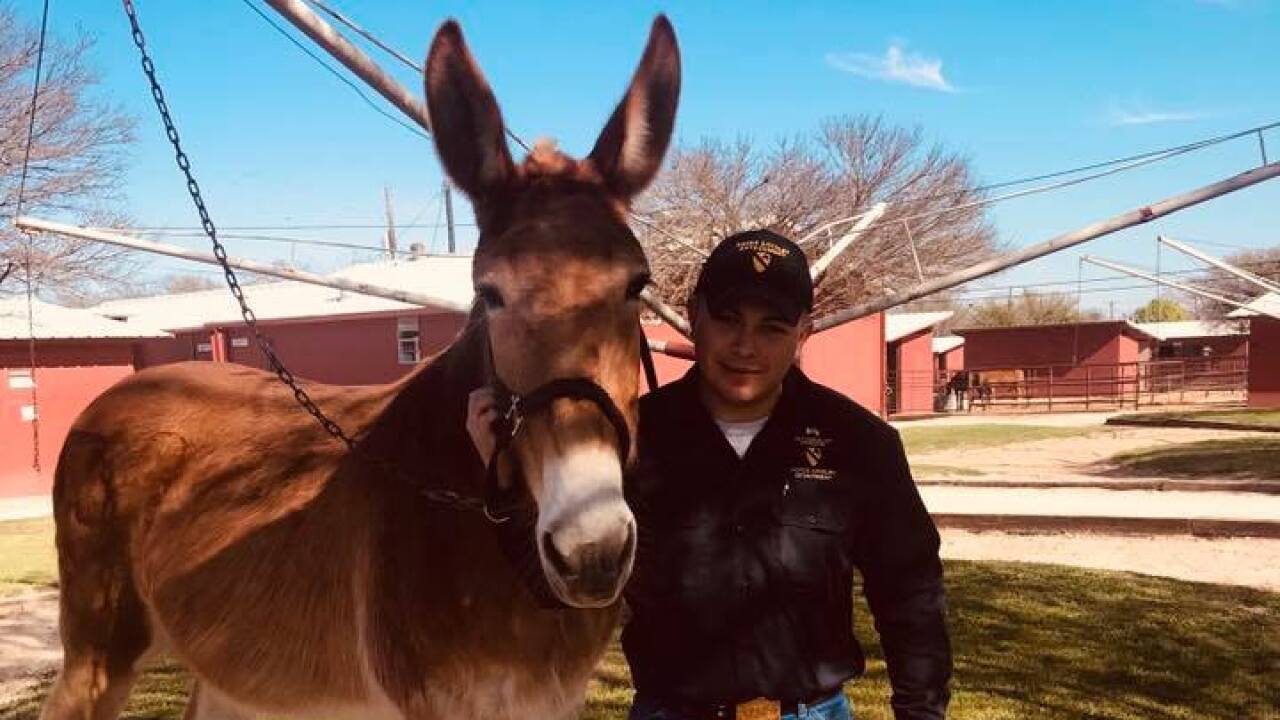 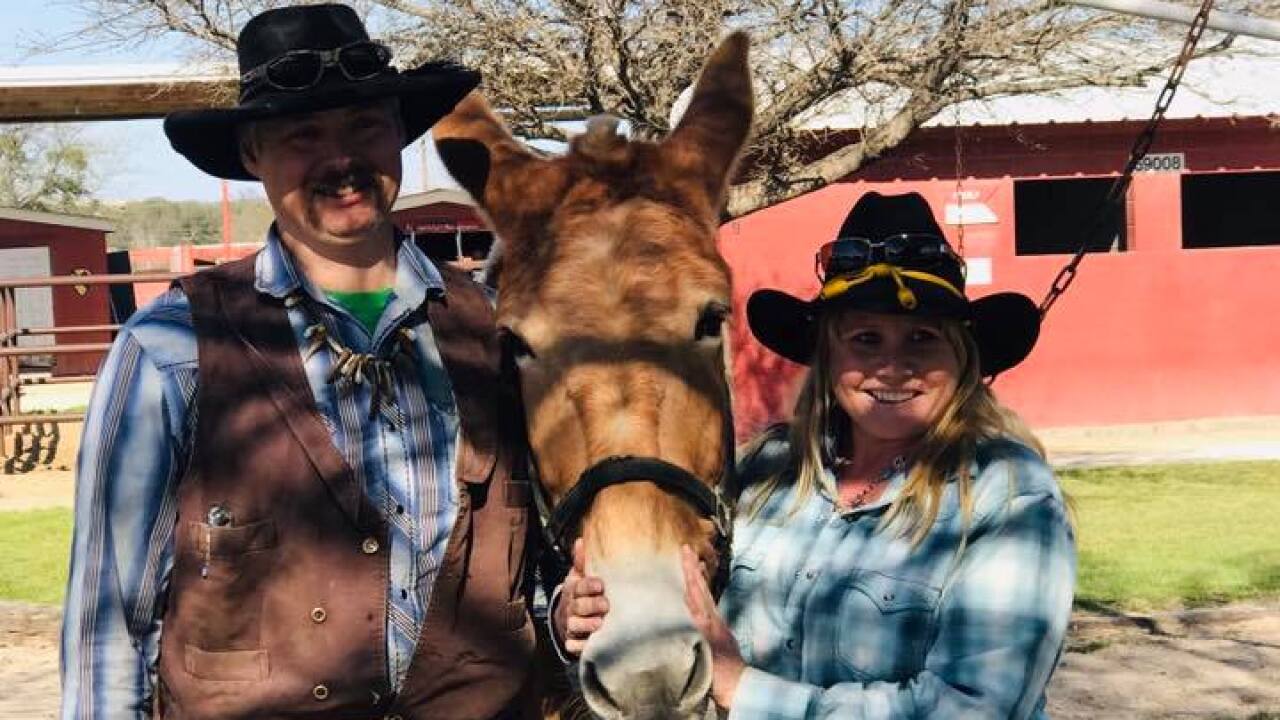 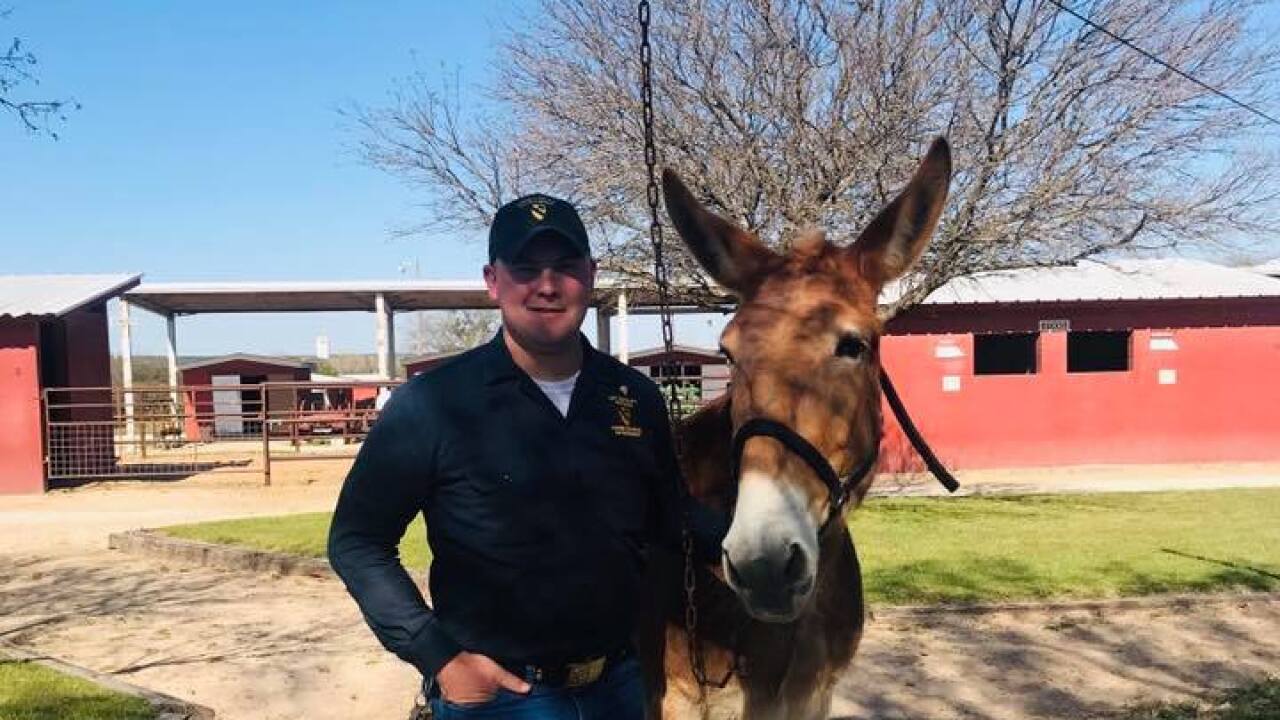 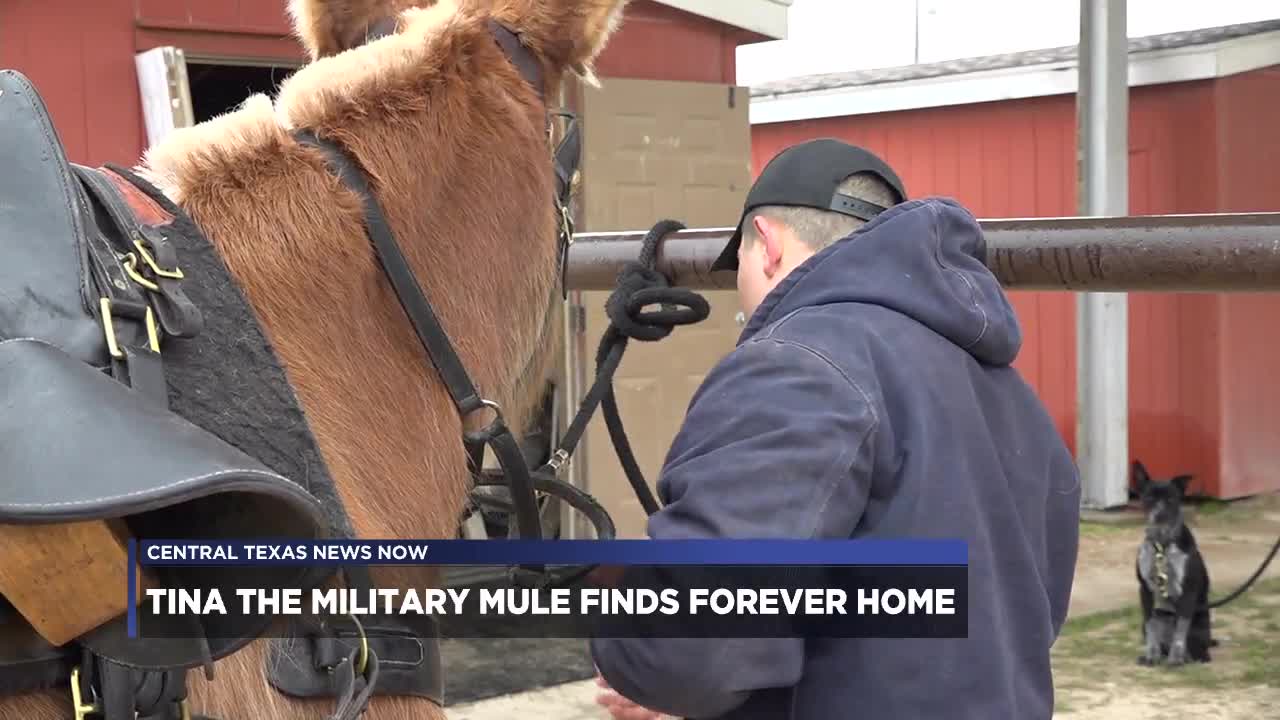 "[She] has made countless children happy in her time serving her country," said Fort Hood in a tweet.

Hundreds of applications were sent in to adopt Tina, but the 1st Cavalry Division Horse Cavalry Detachment selected the Melton family.

Her retirement from being a fully operational draft mule comes after losing her partner, who was also her sister.

Randy Melton served as a muleskinner at the Horse Cavalry Detachment back when Tina first started with her sister Dolly.

"So mules work in partners and they only work with that one partner. Her partner Dolly died so she hasn't been able to pull the wagon, since her partner died," said Sgt. Ruben Rodriguez, swamper for the Horse Cavalry Detachment.

"She's probably been in every parade in the Central Texas area that she could be in at this Detachment has ever been in to include she's also been in the Rose Bowl Parade," said Cpt. Jenny Nocella, commander of the Horse Cavalry Detachment.

Tina will be making her way to Utah on Saturday.