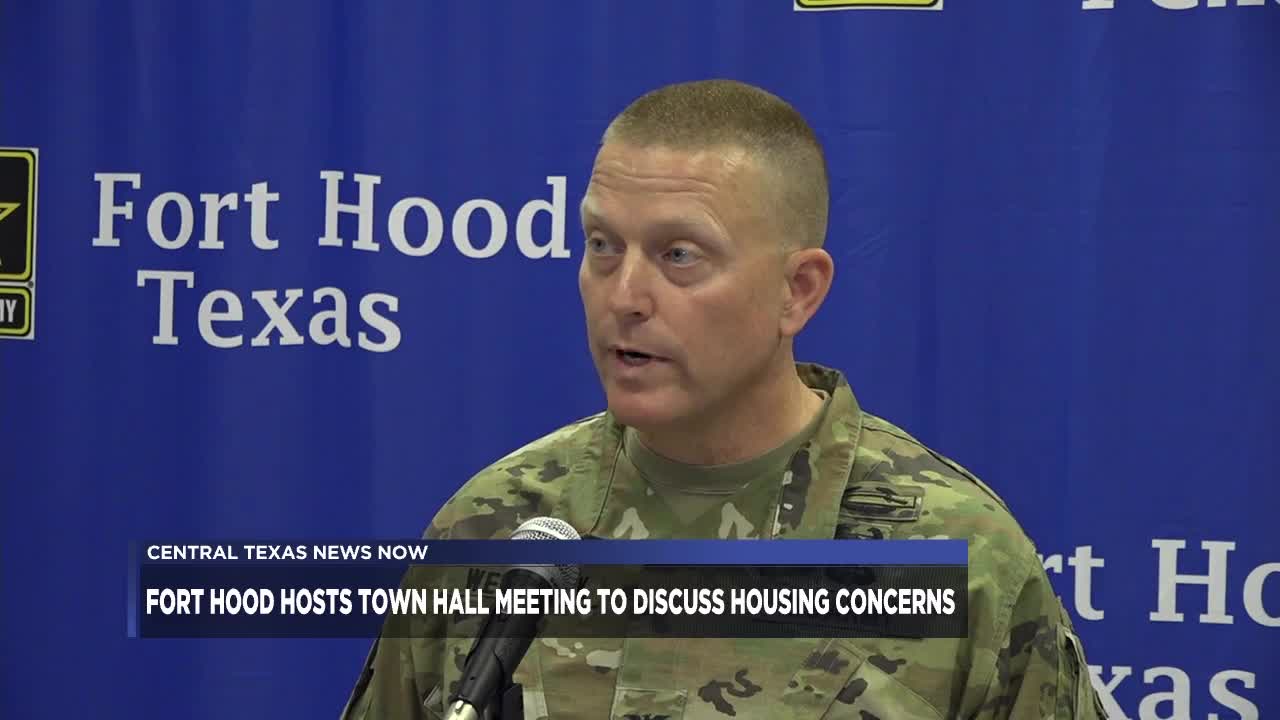 FORT HOOD, TX — Fort Hood families were invited to a town hall meeting to discuss living conditions at "the great place" on Tuesday.

“We’ve accomplished a lot but we have plenty of work to do,” said Col. Jason A. Wesbrock, Garrison Commander.

After addressing the progress made on post, they opened the floor to questions.

Many families were vocal about their housing concerns. They said that there has been little to no response to their pleas for help. Mold, asbestos and lead paint were among the many housing problems families are facing.

“It’s supposed to be a fully wheelchair accessible home, but it’s not,” said Kimberly a mother of two, who recently had spinal surgery.

Her daughter has brain cancer and sometimes needs a wheelchair.

“The power goes out in our house constantly. Our daughter can’t get hot, if she does she can stop breathing,” said Chunn.

Sarah Kiernan, a mother of three, is in a nearby hotel while she awaits help for airborne mold in her home. She says that the conditions made her family sick, and caused severe issues for one of her sons.

“It really came to a head when I think and we’ve really been struggling since our son came home from the hospital this last time and we were living in a hotel. And we’ve been moved into a hotel so that entails moving oxygen and equipment,” said Kiernan.

The secretary of the Army called military base housing conditions "unconscionable" during a hearing back in February. Mandatory housing inspections nationwide were ordered following a hearing at our nation’s capitol.

“Community life NCOs (non-commissioned officers) are going through the houses with the young soldiers to do the checks that are necessary to make sure that their safe and that the correct maintenance has been done,” said Wesbrock.

“Soldiers and their family members matter to me. If we get an issue raised to us, we act on it to fix it,” said Wesbrock.