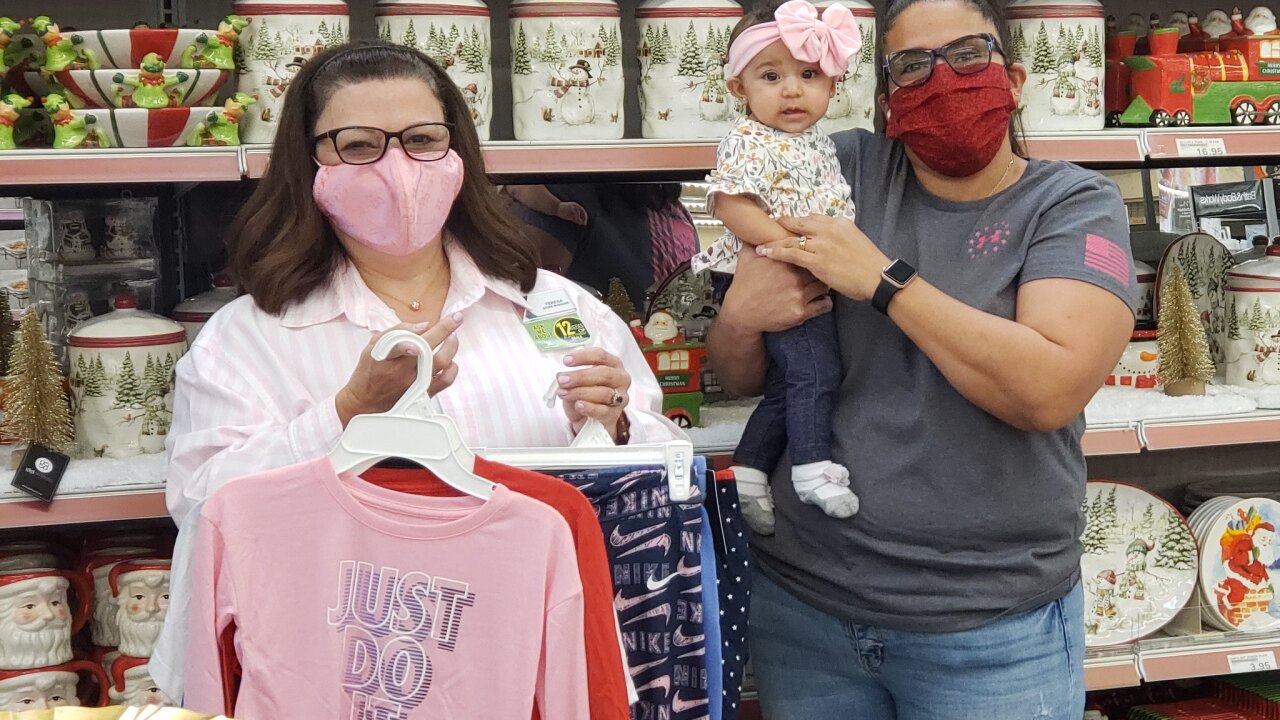 FORT HOOD, TX — The Army & Air Force Exchange Service surprised 15 Fort Hood families this week with news that their layaway balances had been paid in full by the nonprofit Pay Away the Layaway.

The lucky shoppers, whose layaways totaled $2,200 in back-to-school purchases, were among 52 families nationwide asked to join one of three Zoom calls held Oct. 13, 14 or 15. Told to expect a “special surprise,” they didn’t know their layaway balances were going to be paid off until the call’s big reveal.

Among the lucky shoppers was Killeen, Texas, resident Martha Alaniz, whose husband retired from the Army after 22 years. Alaniz, whose layaway balance included winter clothes for her three grandchildren, said the payoff comes after a particularly trying decade in which she lost her 18-year-old son, Joseph Anthony Alaniz, in a 2014 car accident.

“When they finally revealed the surprise, I let out a scream and was like, ‘Oh my God, thank you, thank you,’” Alaniz said. “I’m not lucky like this most of the time, so I’m thankful for every blessing. It makes me so happy that someone would do this for someone and not even know the circumstances they’re in. That makes it even more special.”

The Department of Defense’s largest retailer, the Exchange has partnered with Pay Away the Layaway for four consecutive years to pay off military shoppers’ layaway plans. While past Pay Away the Layaway reveals were made in person at Exchange stores, presentations were conducted online this year because of the COVID-19 pandemic.

“With all the stress and uncertainty military families have experienced this year, we wanted to give these lucky military families something special,” said Fort Hood Exchange General Manager Samantha Davis. “It was truly heartwarming to see the faces of these hardworking and patriotic families when they received the news.”