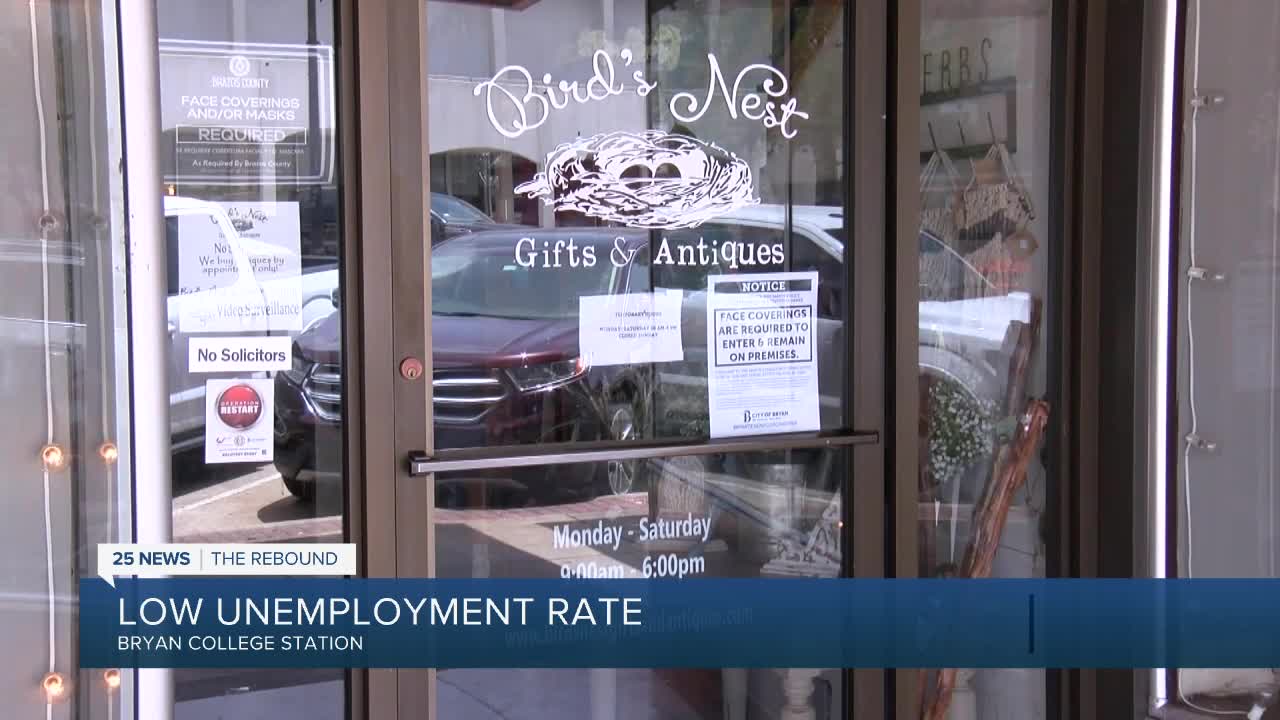 BRAZOS COUNTY, TX — The Bureau of Labor Statistics has released the unemployment rates for the month of May for the state of Texas. Among the lowest Metropolitan Statistical Area (MSA) is Bryan/College Station.

The unemployment rates for the month of May has Bryan-College Station tied with Amarillo for the lowest rate of 8.9% in the state.

“Fortunately as the pandemic began, we were consistently in the top three as far as the lowest unemployment in the state,” said Bryan-College Station Chamber of Commerce President Glen Brewer

With a .4% decrease from the month of April, the decline is due to rising employment in Brazos County.

“Sure, it's all been do to operation restart," said Brewer.

“Some people that have gone on unemployment, their unemployment benefits may be more attractive to them right now than going back an getting their job, so it's kind of hard to get some people in these entry-level jobs,” said Brewer.

“What the Brazos Valley is really focused on is in those targets. Industries sectors are the strengths of what’s happening with Texas A&M University and Blinn College district and our education partners in terms of preparing our talent,” said Brazos Valley Economic Development Corporation President & CEO Matt Prochaska.

The unemployment rate, although falling, remains sky-high by historical standards. But the reopening of the economy is working, slowly, both here and in other Texas MSA’s, to gradually move us in the direction of greater economic health.