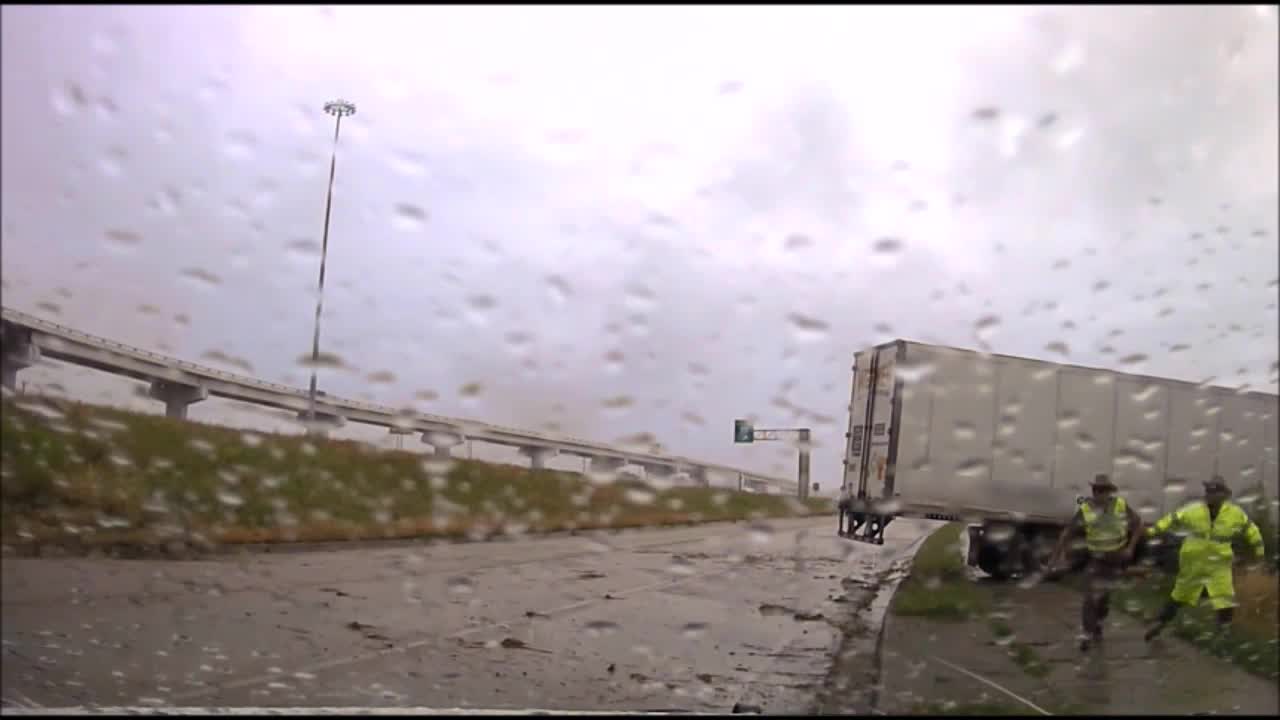 BELTON, TX — A Belton police officer and two state troopers had a close call on Wednesday when an 18-wheeler lost control on southbound I-35.

The 18 wheeler crossed a median and two lanes of frontage road before coming to a rest on the side of the road.

The officer and troopers were at the scene (south of the Holland Rd.) working another 18-wheeler crash that occurred at the same location less than an hour earlier.

"We are grateful nobody was seriously hurt in either incident and remind people to adjust driving speeds to match weather conditions. Lives are literally at stake," the city of Belton said.

Also, remember when you see emergency lights move over or slow down, they added.