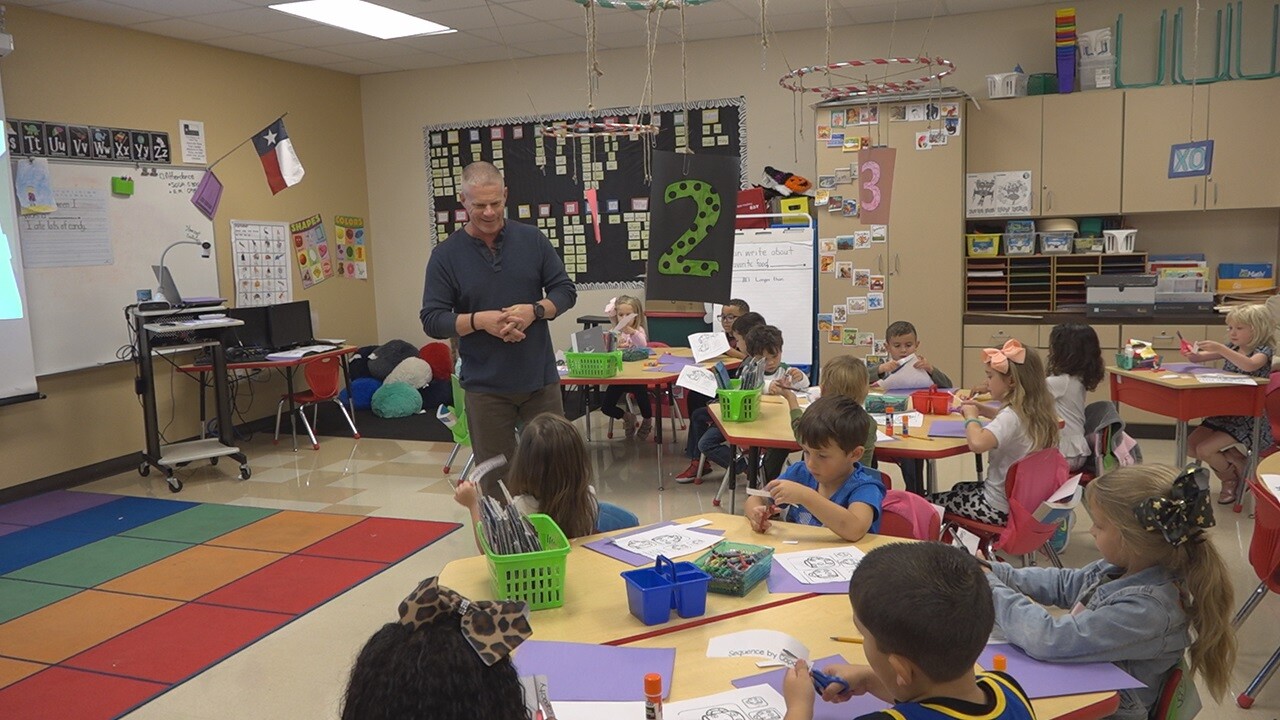 BELTON, TX — A veteran teacher uses his military experience to lead his classroom like a company commander, making their lessons ahead of Veterans Day even more special.

Major Todd Hine has served in the military for more than two decades, including time in the Air Force, Army National Guard and Army Reserves.

"I am still in the Reserves. I'm serving with the 84th Training Command out of Kentucky. I am currently a major and that's what I'm going to retire as," said Hine.

He said he leads his classroom as Chisholm Trail Elementary as if he were their own company commander.

"I treat my classroom like I'm a company commander, and I have one of my kids be my executive officer and then each team is like a platoon where I have a lieutenant in charge of each team," said Hine.

It is an experience the kids said makes them happy.

"Because we get to lead our team," said his student Kolby.

And this holiday they are honoring the commander of their class, by making sure they say "thank you."