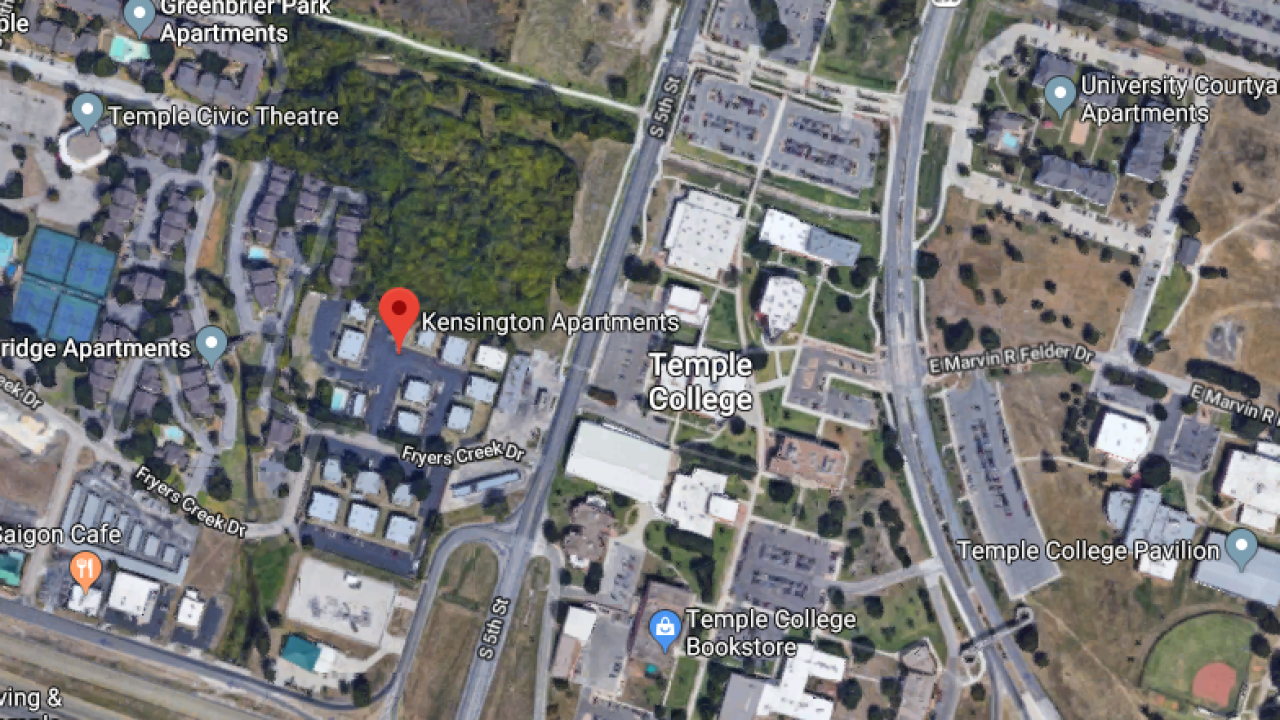 TEMPLE, TX — Police are investigating after two men were shot in an early morning shooting in Temple.

The shooting happened at the Kensington Apartments located on Fryers Creek Drive just after 1 a.m. Monday.

The two victims had nonlife-threatening injuries.

Temple police said they were told that four men had broken into an apartment and began shooting before fleeing the scene.

Anyone with information about the incident is asked to contact police at 254-298-5500.