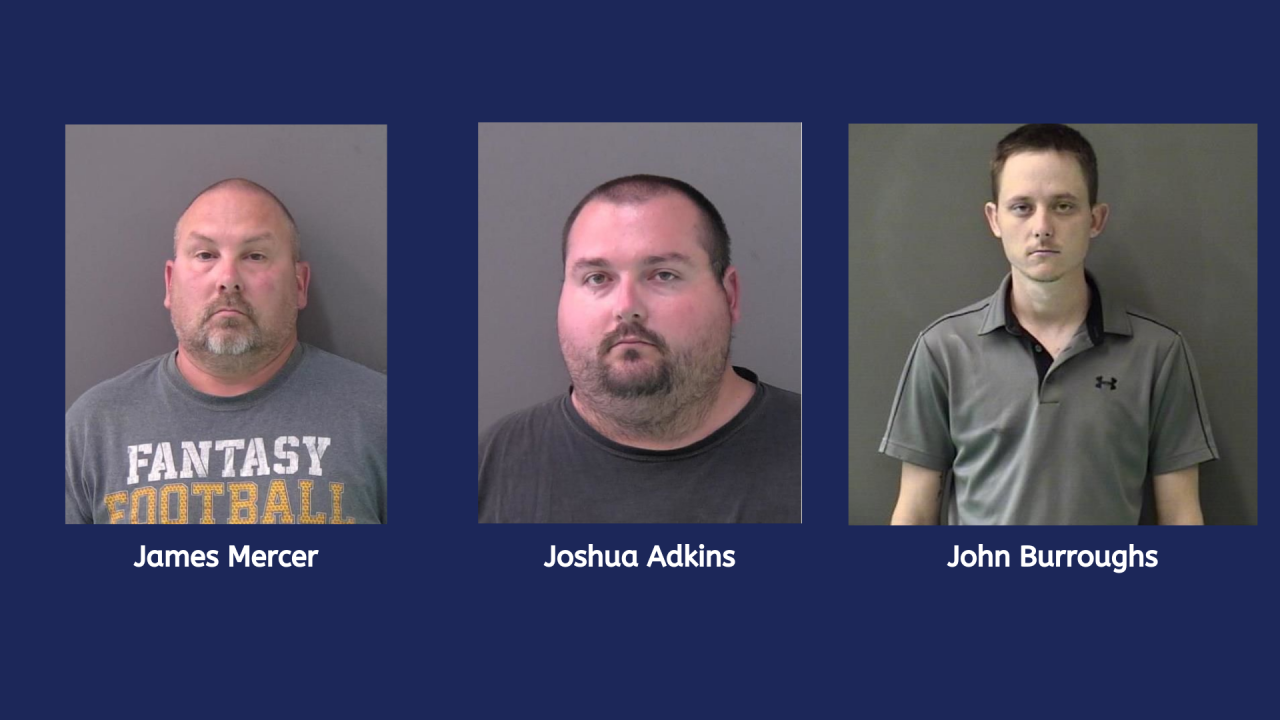 The department said that on June 5, just after 11:30 a.m., a call came in about an armed subject. The victim told officers that the men blocked her in with their cars and used red and blue emergency lights. The incident happened at the intersection of Spur 93 and FM 93.

An arrest affidavit said that the victim told police that a month prior to the incident on June 5, the victim said that two of the three men had came to her home. The victim said the two men, identified as Burroughs and Mercer, said they were law enforcement and were trying to "serve" the victim's husband with a citation. The victim had video and audio of the encounter.

Investigators reviewed the video and audio, as well as a camera that was in one of the cars involved in the June 5 incident. The car video showed Adkins driving at a high rate of speed toward the location and pulling into the oncoming lane to block the victim's car as she approached the intersection. The video also showed Mercer and Burroughs cars blocking the victim.

On June 7, the men were charged with impersonating a public servant. Their bonds were set at $100,000 each.