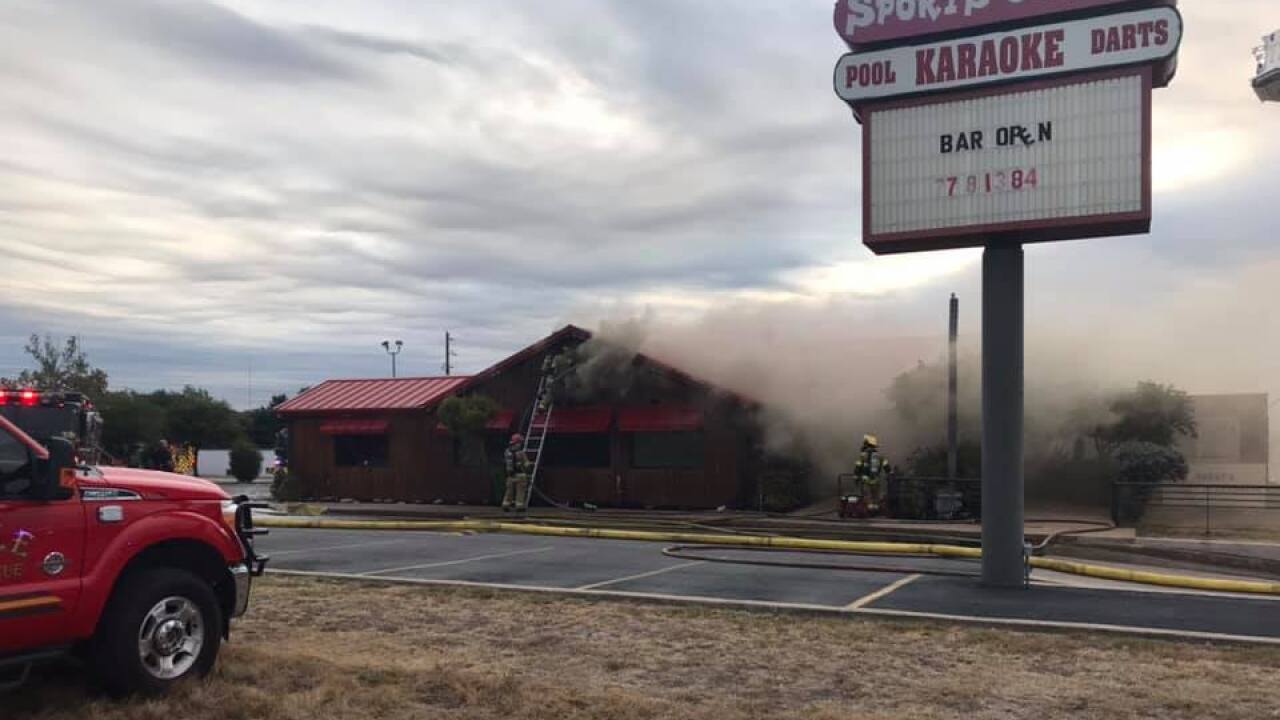 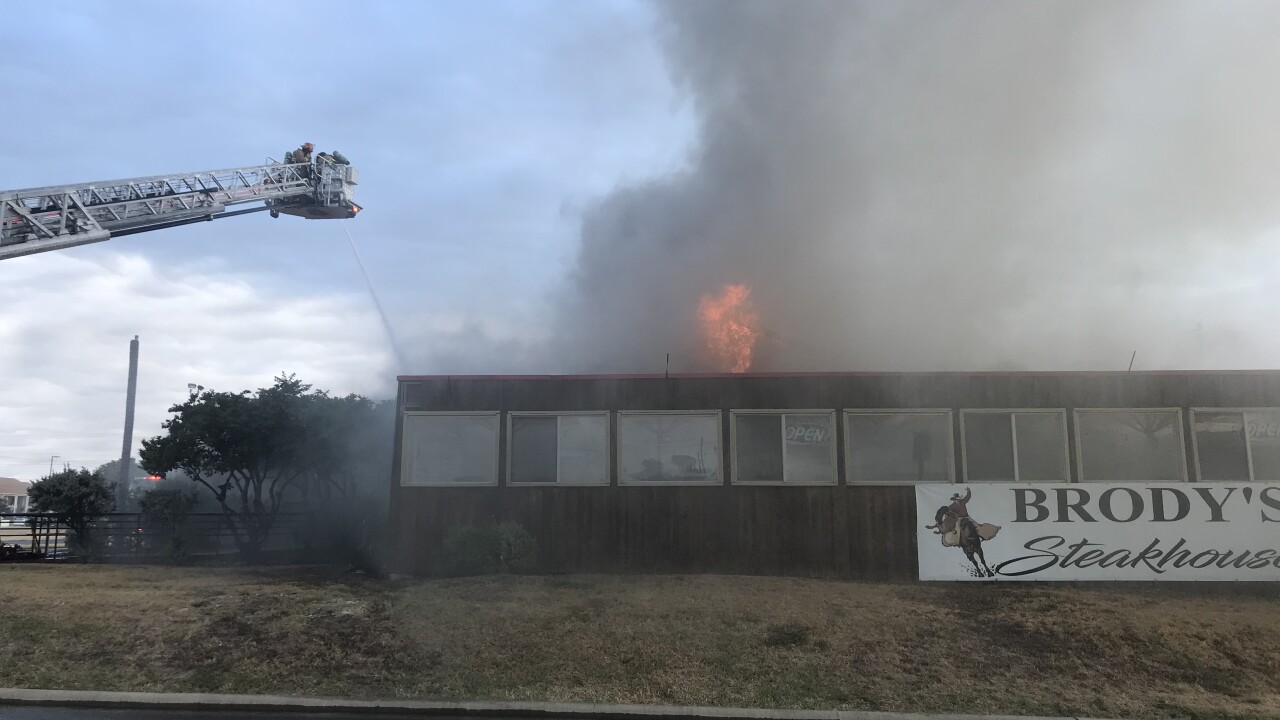 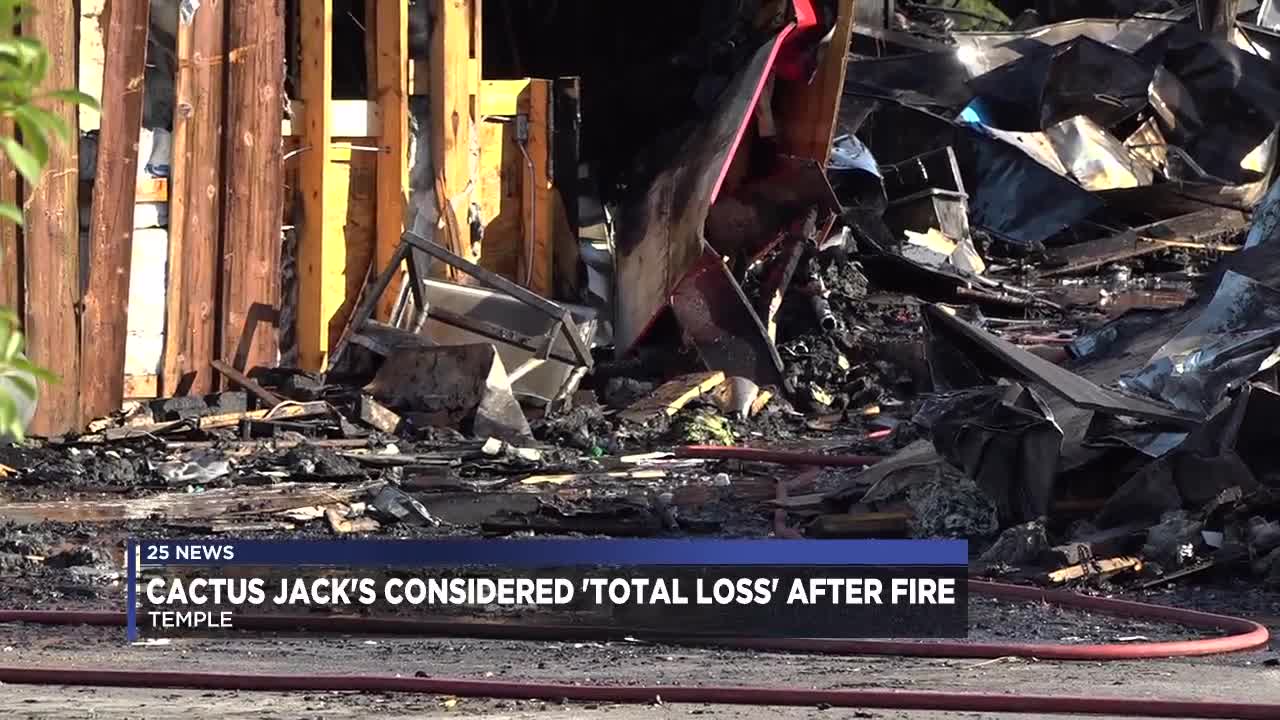 TEMPLE, TX — Temple Fire and Rescue responded to a structure fire at Cactus Jack's Sports Cantina in Temple at 8:13 a.m. on Monday, Oct. 7.

Officials say the fire was accidental and that it started in the front exterior portion of the building.

According to the Temple Fire Marshal's office investigators, "the cause of the fire was due to the improper disposal of smoking materials."

Cactus Jack's cause of fire improper disposal of smoking materials

Firefighters arrived to heavy smoke and and fire conditions from the front and roof of the building and heavy fire in the attic, according to Fire Chief Mitch Randles. No one was injured, and the last worker had left the structure around 4 a.m. Monday morning.

Damage to the building is severe, and it is considered a total loss, said officials. The total estimated monetary loss is around $650,000.

"The exact cause of the fire is still under investigation," said Chief Randles on Monday.

The fire was under control by 12:11 p.m. Monday afternoon.