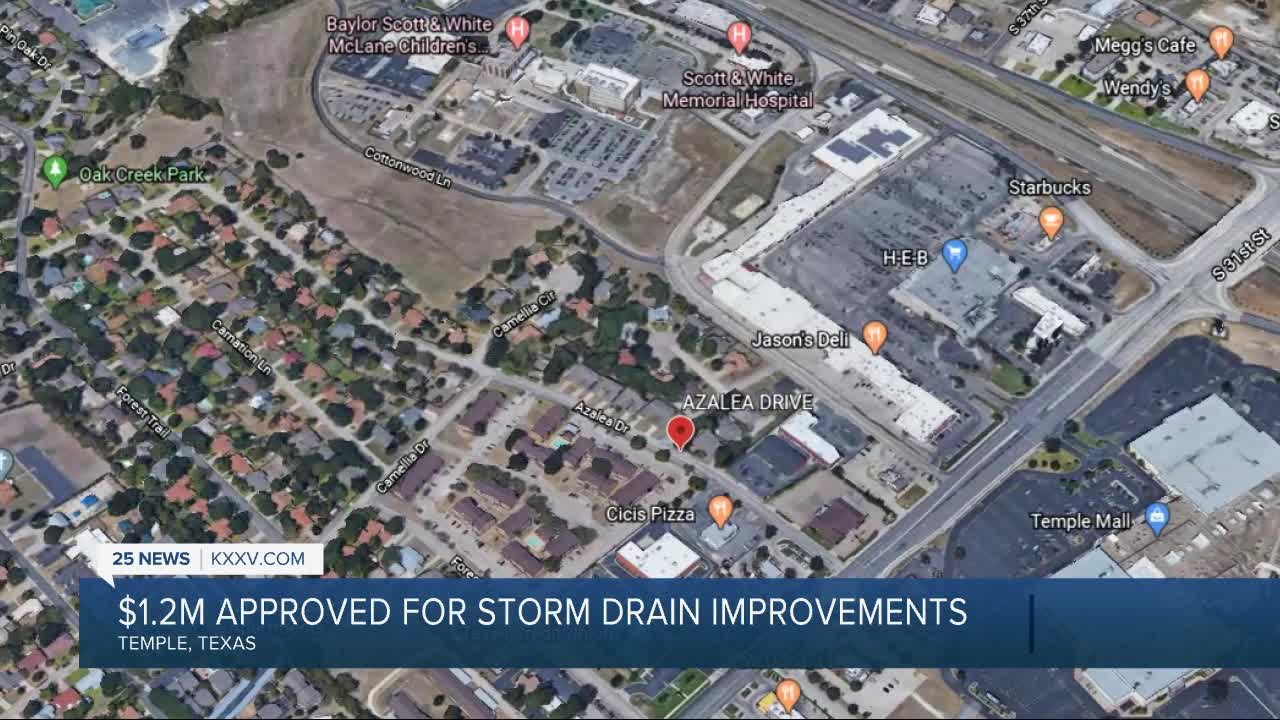 The council voted unanimously to approve the project during Thursday's city council meeting.

The City of Temple says the area has been subject to flooding in recent years during large storm events. It was identified in the drainage masterplan for needed improvements.

The project is expected to cost $1,224,006.15 is expected to take 260 calendar days to complete. Some traffic may be temporarily detoured during the construction plan. The City says the contractor is responsible for routing and signage during all phases of construction.

The City of Temple also says it is provable that some water services will need to be re-routed to accommodate the additional drainage structures. A short interruption in water service will be experienced, but the contractor will coordinate with each homeowner before making any changes. No electrical or sanitary sewer services will be interrupted.