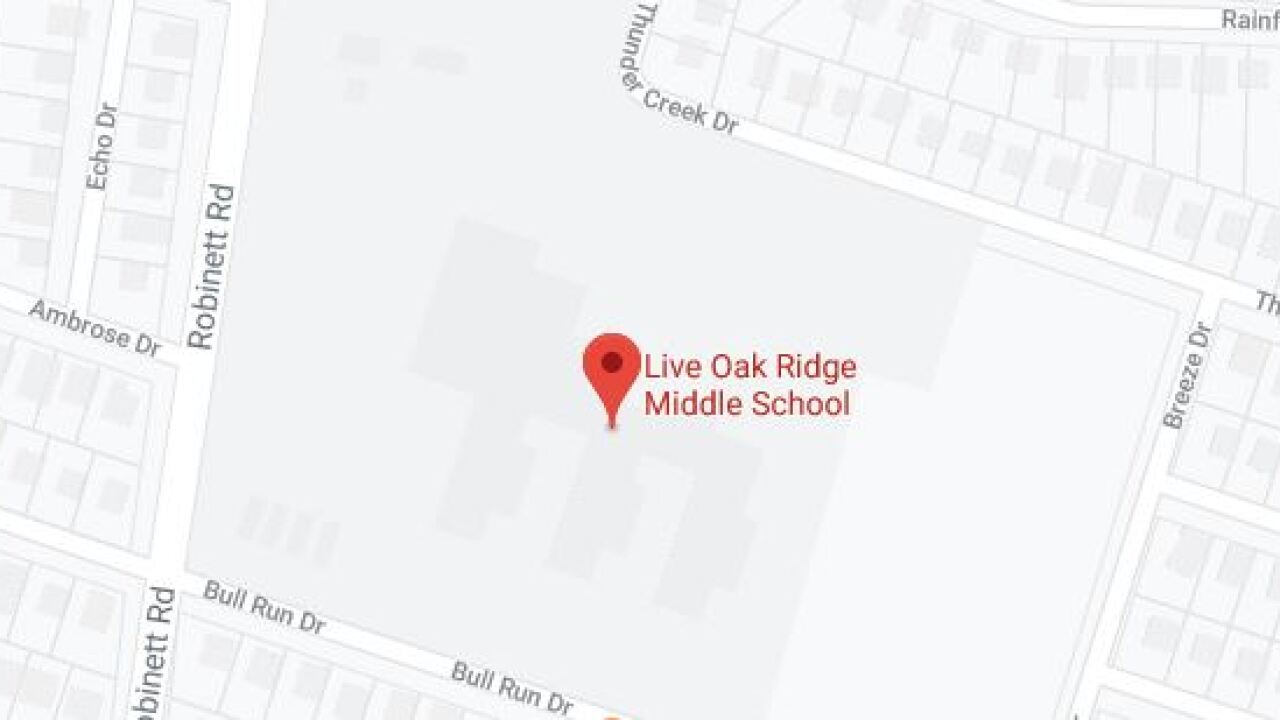 KILLEEN, TX — Killeen ISD is investigating a potential threat that happened at a middle school on Thursday.

The district said a student at Live Oak Middle School reported seeing an imitation weapon being thrown over the fence at the school.

The incident was reported to Killeen ISD police who investigated the matter, identified and then arrested the student involved.

The district said they are proud of the student who saw and reported the incident to school officials.

Officials said they will continue working with police to investigate any potential threat to the safety of the students.

An automated message was sent to all parents/ guardians