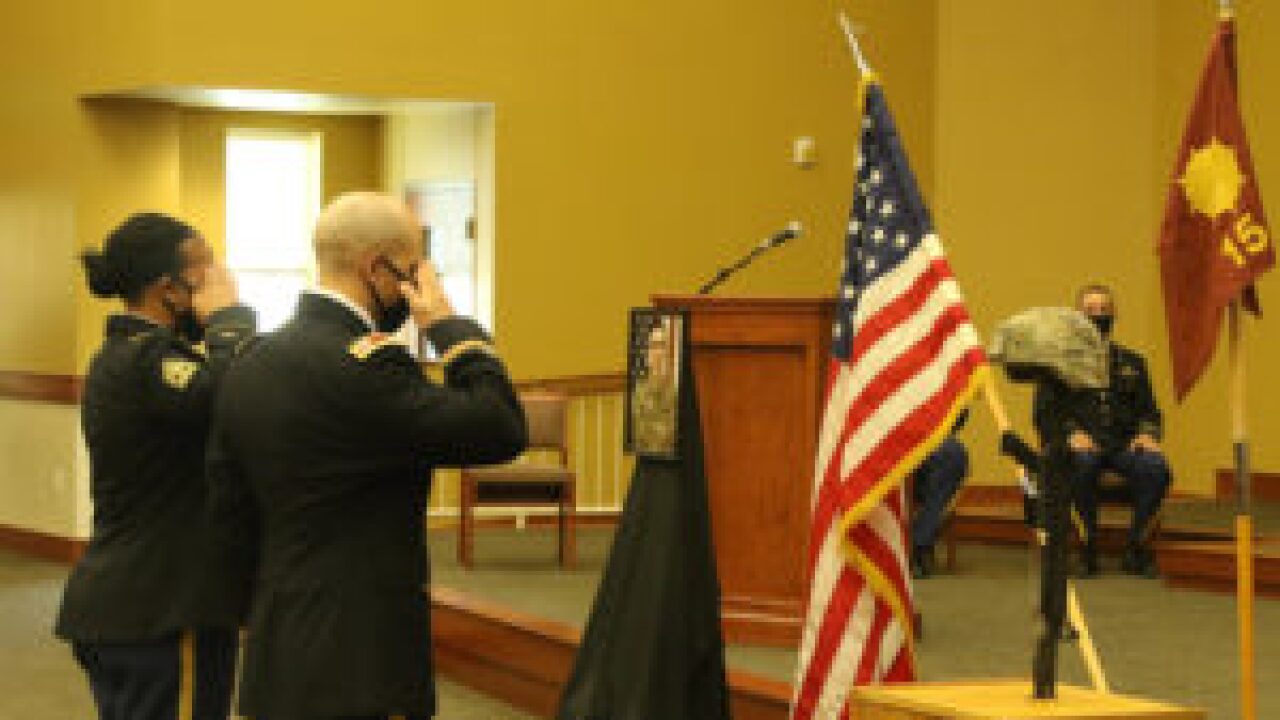 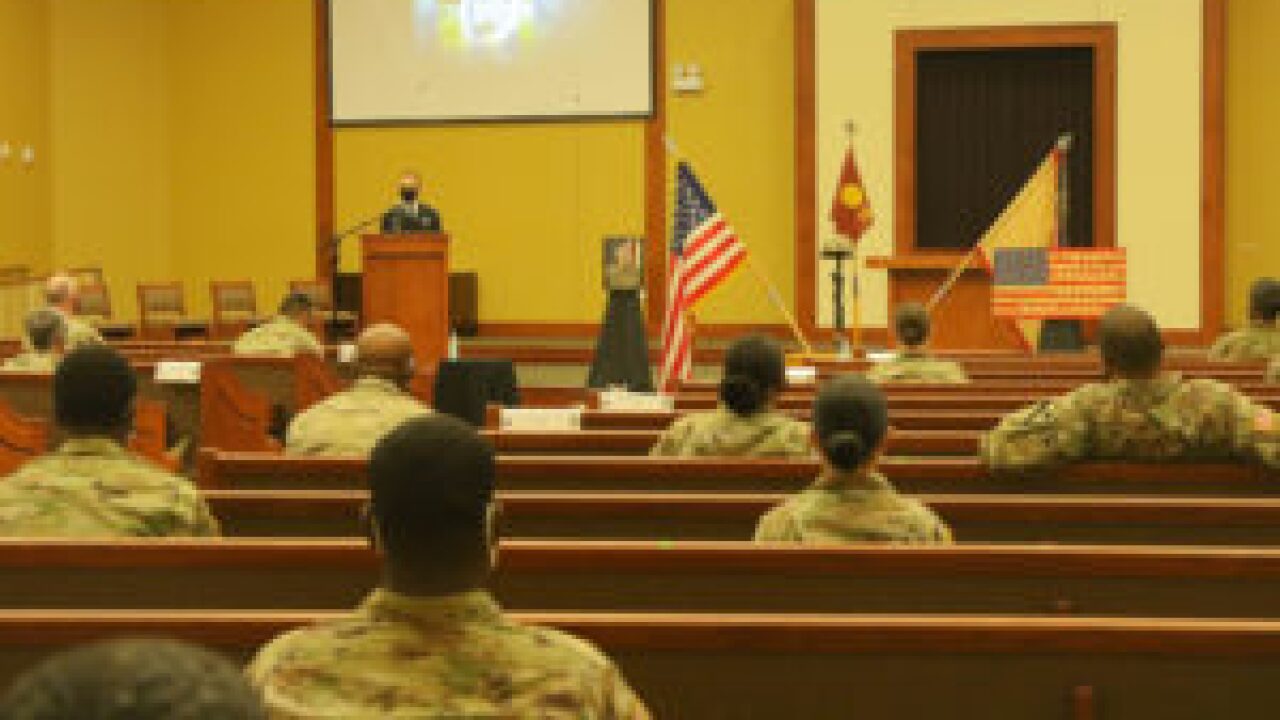 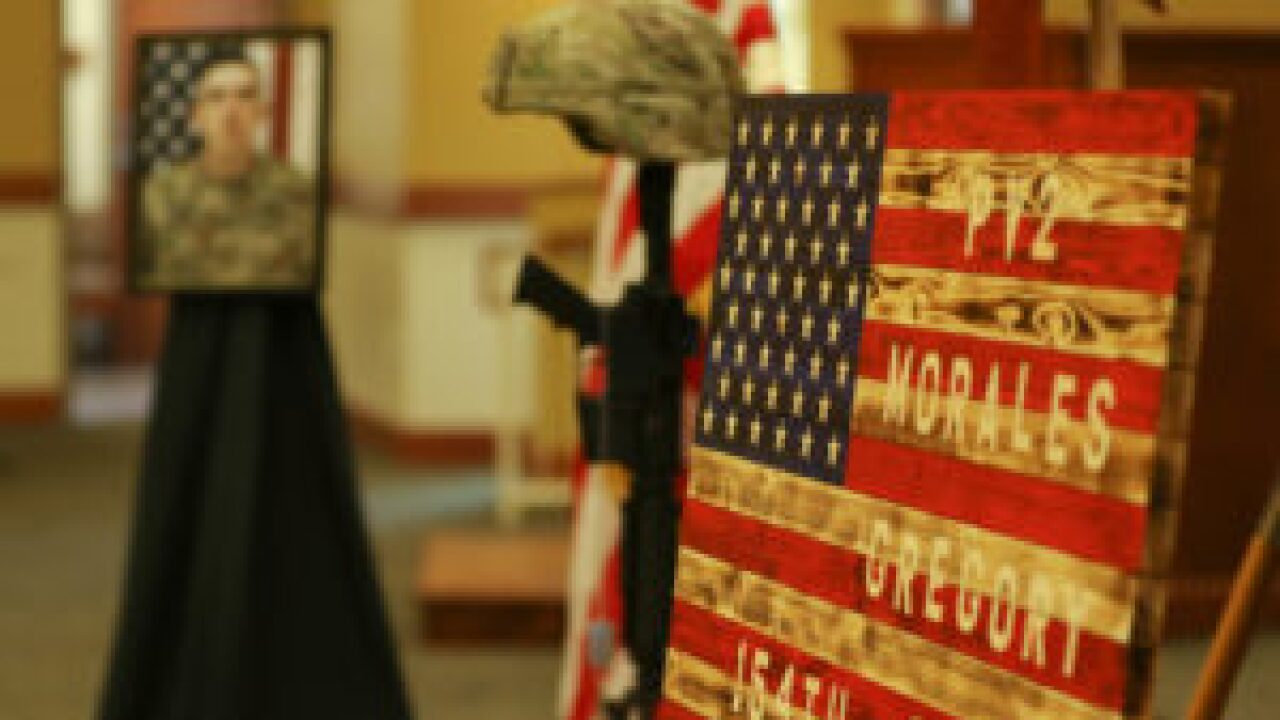 PV2 Gregory Morales was laid to rest Thursday in his home state of Oklahoma and honored with a memorial service on Fort Hood.

The Fort Hood soldier disappeared in August 2019. His remains were found in a field in Killeen 10 months later.

After his disappearance, PV2 Morales was listed as AWOL, initially preventing him from receiving military honors. However, Army officials eventually changed his status, allowing him to receive a military burial.

The soldier was buried near his hometown of Sepulpa, Oklahoma, Thursday at the Fort Gibson National Cemetery with his mother, wife, family and friends beside him.

Back on-post, fellow soldiers, leaders and friends honored him with a memorial service.

The 1st Cavalry Division Sustainment Brigade unit memorial ceremony was held at the Spirit of Fort Hood Chapel and attended by Wagonmaster and First Team leaders, friends and fellow soldiers.

“As the 553 CSSB moves forward in the absence of PV2 Morales, we can take comfort in knowing that the spirit of service and the ability to be a Soldier is something we should never take for granted,” said Redfern. “Greg Morales will always be a part of the U.S. Army and the First Team and his service to the nation will not be forgotten.”

Fort Hood authorities say the unit remains in contact with the civilian authorities as they continue to work to solve this crime.

His death remains under investigation by the Killeen Police Department.