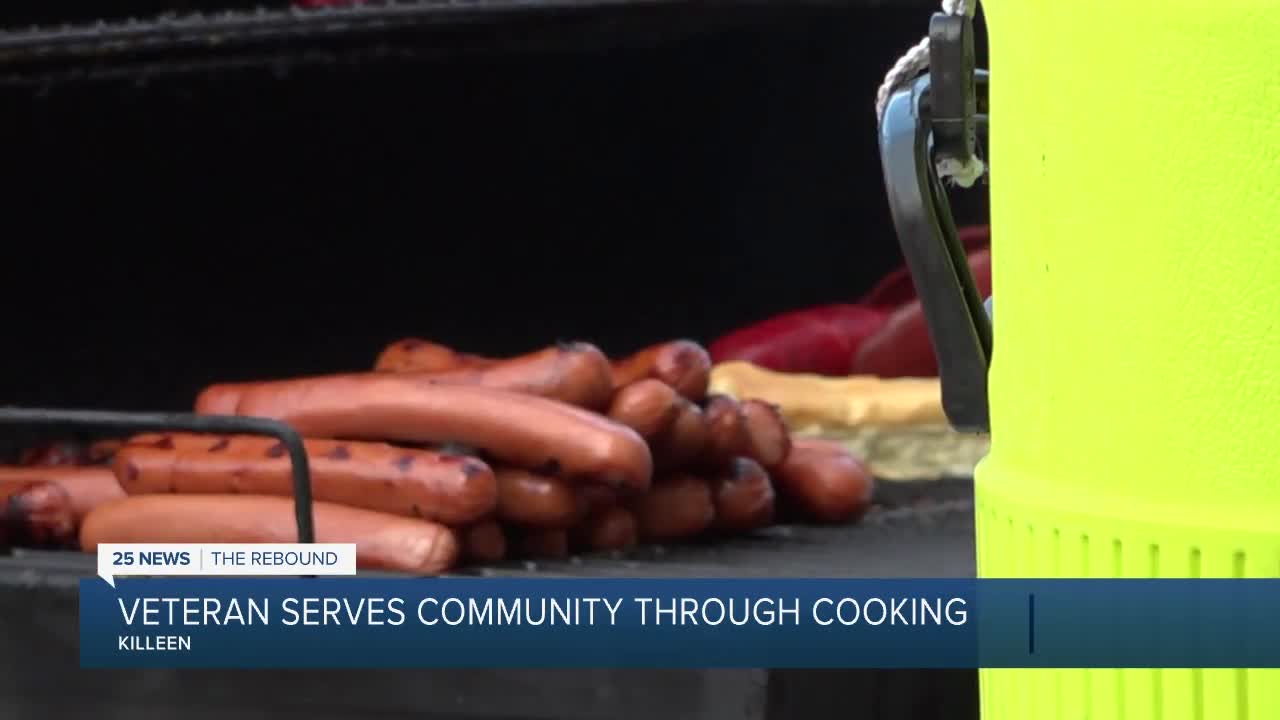 KILLEEN, TX — Those looking for used cars, furniture and plenty of other useful gadgets found them at a discounted price thanks to the City of Killeen.

But what many weren’t expecting to find at the city auction was a spicy treat to keep them fueled throughout the bidding process.

His name is 2 Gunz and after serving his country in the military, he now serves something even more unique than his name: Jalapeno poppers.

It began as a favor for his friends who own bars in Killeen, serving food while their business was at the mercy of the governors orders.

What he didn’t realize was how far grilling would take him.

“It feels surreal, you know, it took me a minute to sink in that people actually liked my food,” 2 Gunz said. “So, you know, I’m grateful.”

With the community’s support, 2 Gunz caters various Killeen events, like Saturday’s city auction. An event that brought people from across Central Texas together.

“This area is just a great area,” James Garrett, a veteran said. “I live over in Temple, but I was stationed at Fort Hood and Killeen is just an awesome place.”

It’s a win-win for all involved.

The city sold what it had laying around while community members bid on it for a discounted price.

“Some of these vehicles out here gives people a chance to buy a vehicle cheaper than they could anywhere else,” David Pond, a bidder said. “That really don't have a lot of money.”

While all of that selling and bidding works up an appetite, 2 Gunz said he’s not done cooking until he sells out.

The veteran said starting a business during the pandemic wasn’t necessarily hard because of the niche market for the poppers and the city’s great support.