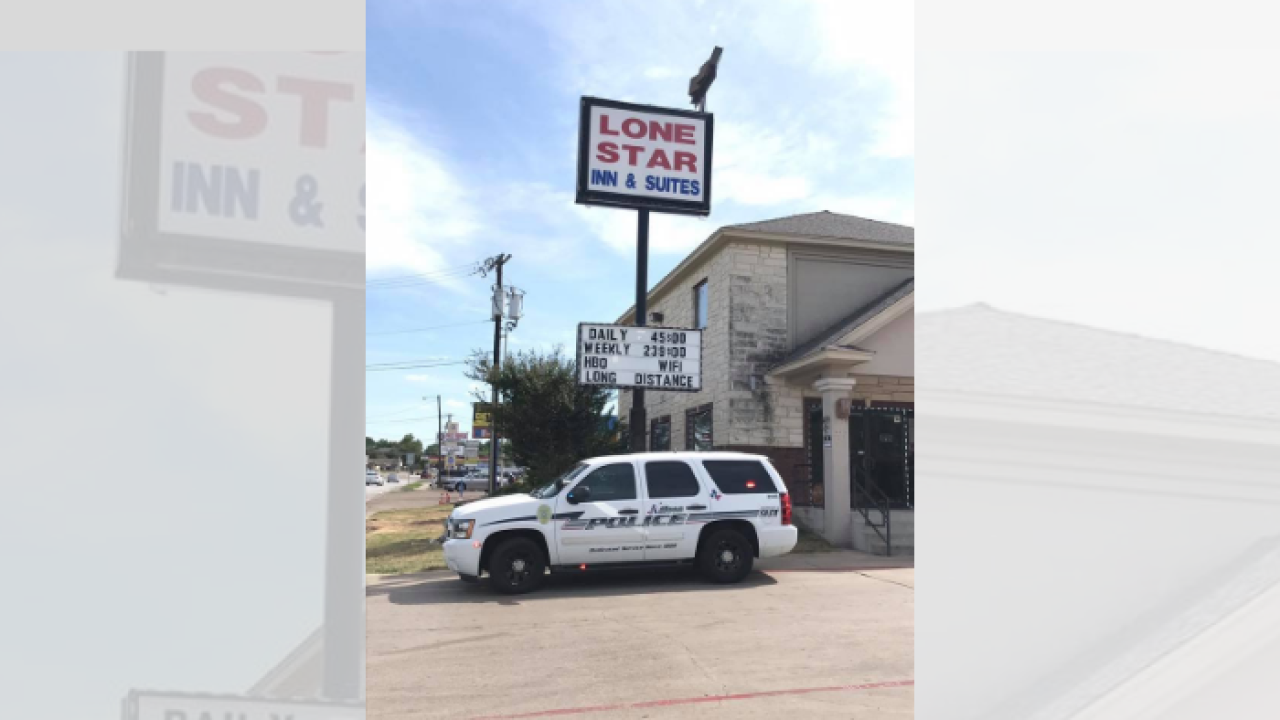 KILLEEN, TX — Killeen police and the U.S. Marshal's Office arrested a federal fugitive and eight others at the Lone Star Motel on Friday, August 2.

Officials say they arrested three females and six males, including a federal fugitive, on narcotics related offenses at 2:50 p.m. Friday.

The nine people were then transported to Killeen City Jail, said police.

Officials said the investigation is ongoing, and more information will be released as it becomes available.