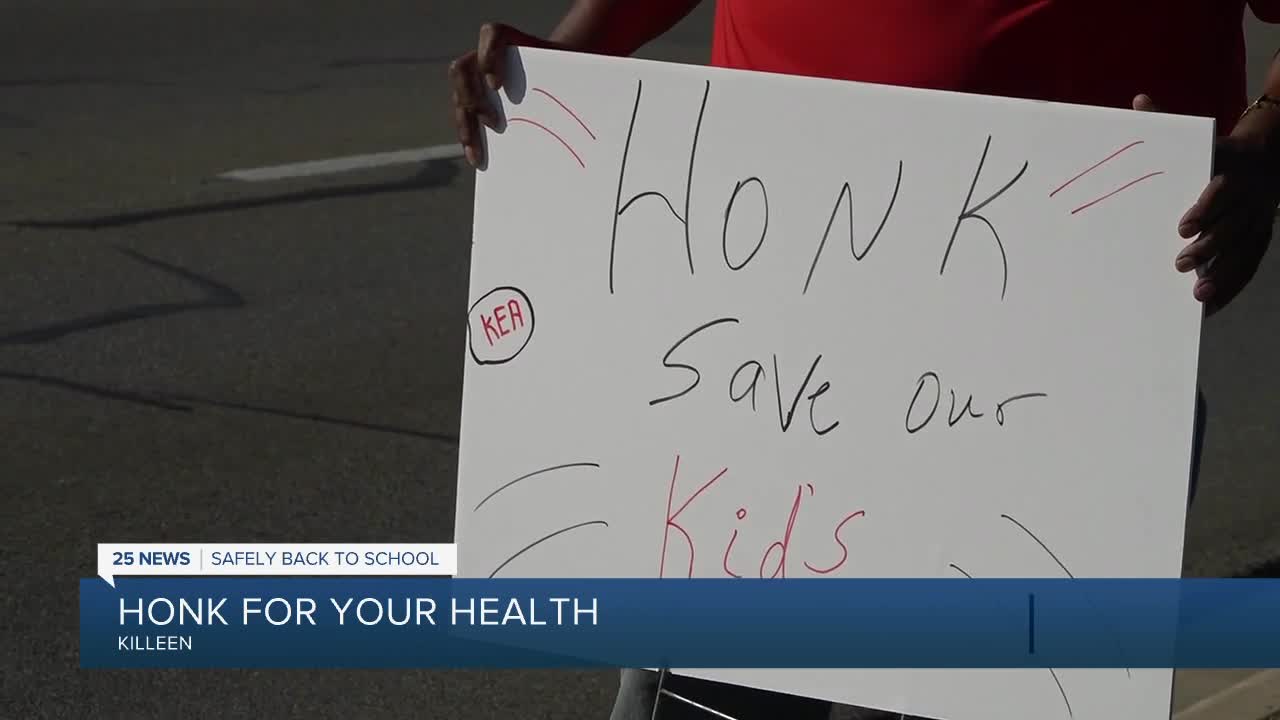 KILLEEN, TX — Educators united behind their sound of their car horns and passed by the Killeen ISD office to rally against in-person learning.

"Somebody is going to have to take responsibility for this if people get sick and die," said Johnnie Williams, vice president of the Killeen Educators Association, who hosted the rally.

Concerned about your child's health going back to in-person learning?Feel like KISD isn't doing enough to keep you...

"We are asking and looking for the district to do the right thing and make virtual vital until it is safe," said Beaulé.

Beaulé added he is just one of many worried about returning to campus to teach this fall.

Killeen ISD students will begin school virtually on Monday, August 17 with the option to transition to in-person instruction starting September 8.

"What we're trying to do is save our kids," he said.

Around 200 Killeen Educators Association members took a survey on the safe reopening of schools. Beaulé says nearly 60% said they don't feel safe teaching in person right now while another 20% aren't sure.

"So it's very much a point of concern for a lot of educators who are heading to the classroom after September 8 if the district does not change course," said Beaulé.

He says a third of those who responded to the survey will consider taking leave, retiring, or resigning, decisions that could impact the future of students in Bell County even further.