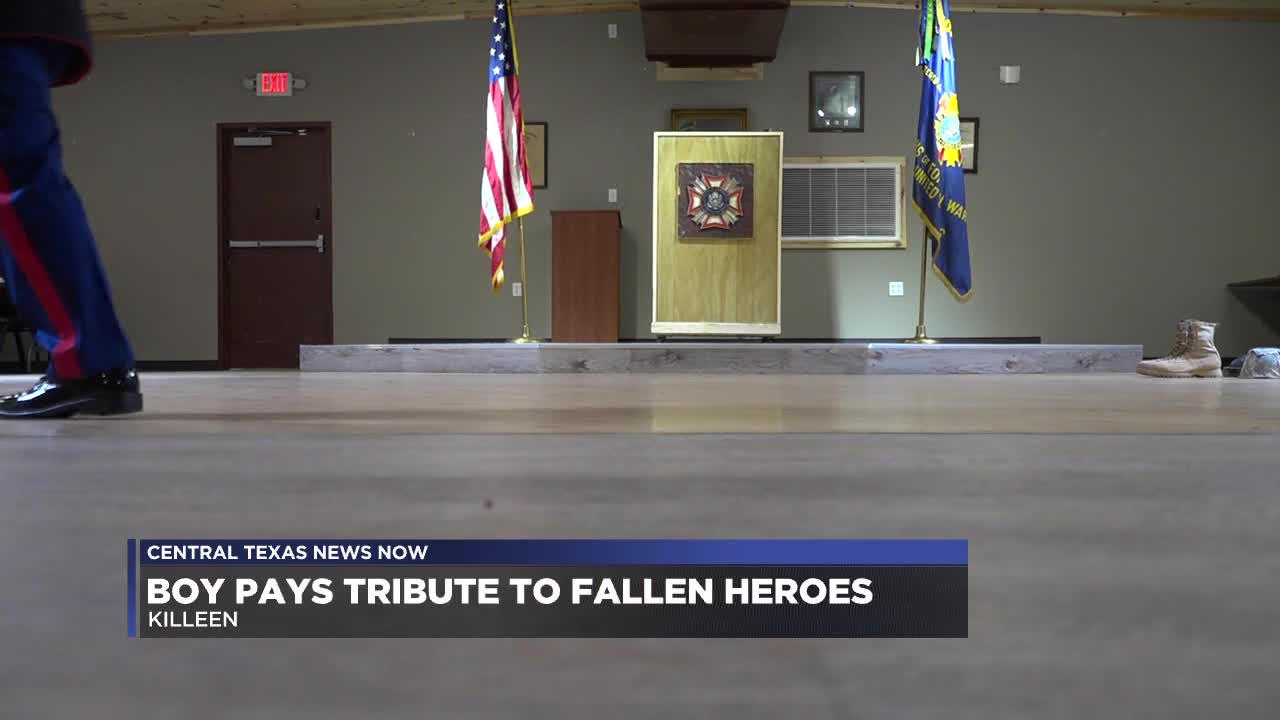 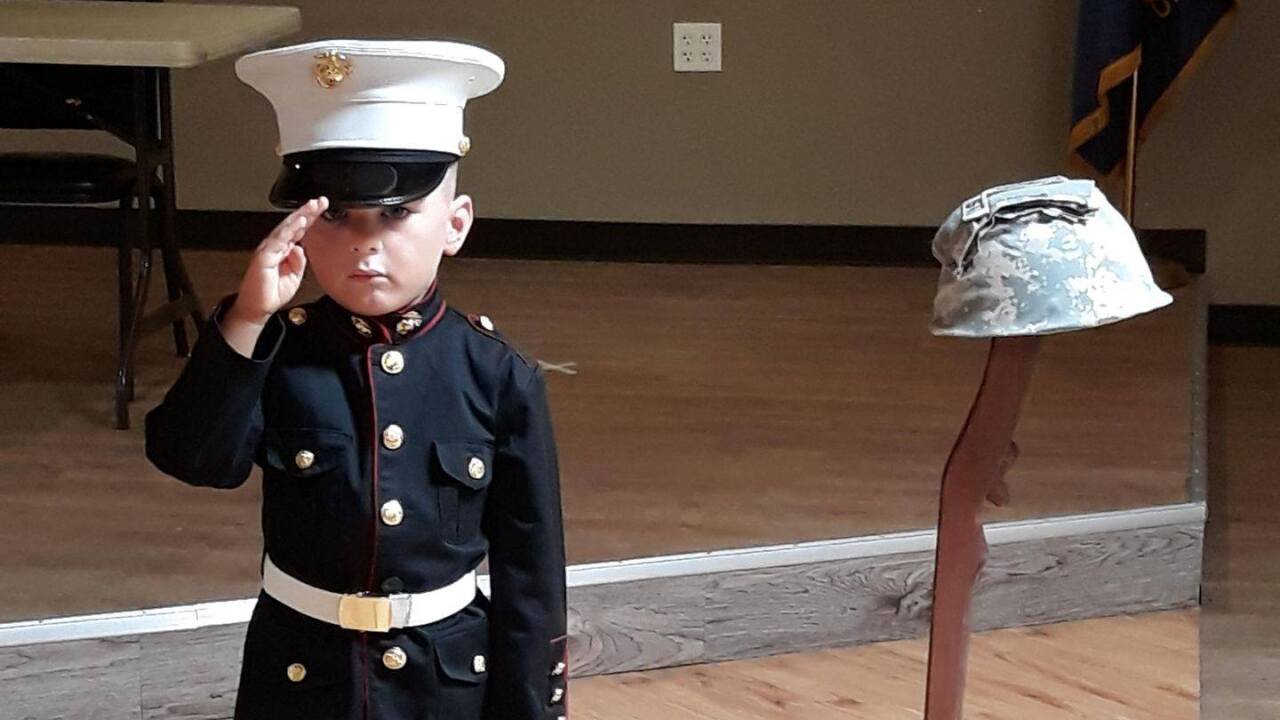 KILLEEN, TX — A Killeen child is paying tribute to his veteran father with a routine.

"I was practicing for the soldiers who could not come home," said Lain Salisbury, 6-years-old.

His father, Brad Salisbury, is a disabled veteran. Lain learned a routine to pay tribute to fallen heroes and performed it at at the VFW.

"I look for these teachable moments for my children and I think it’s important for them to understand the meaning behind some of our holidays," said Brad Salisbury. "Now it’s hard to explain to a child what Memorial Day is, so I thought I could show him through a bit of hard work and practice."

Lain learned the routine from his father.

The video captured during a Memorial Day ceremony that quickly went viral. More than 12 million people viewed the video, and 346,000 people shared it.