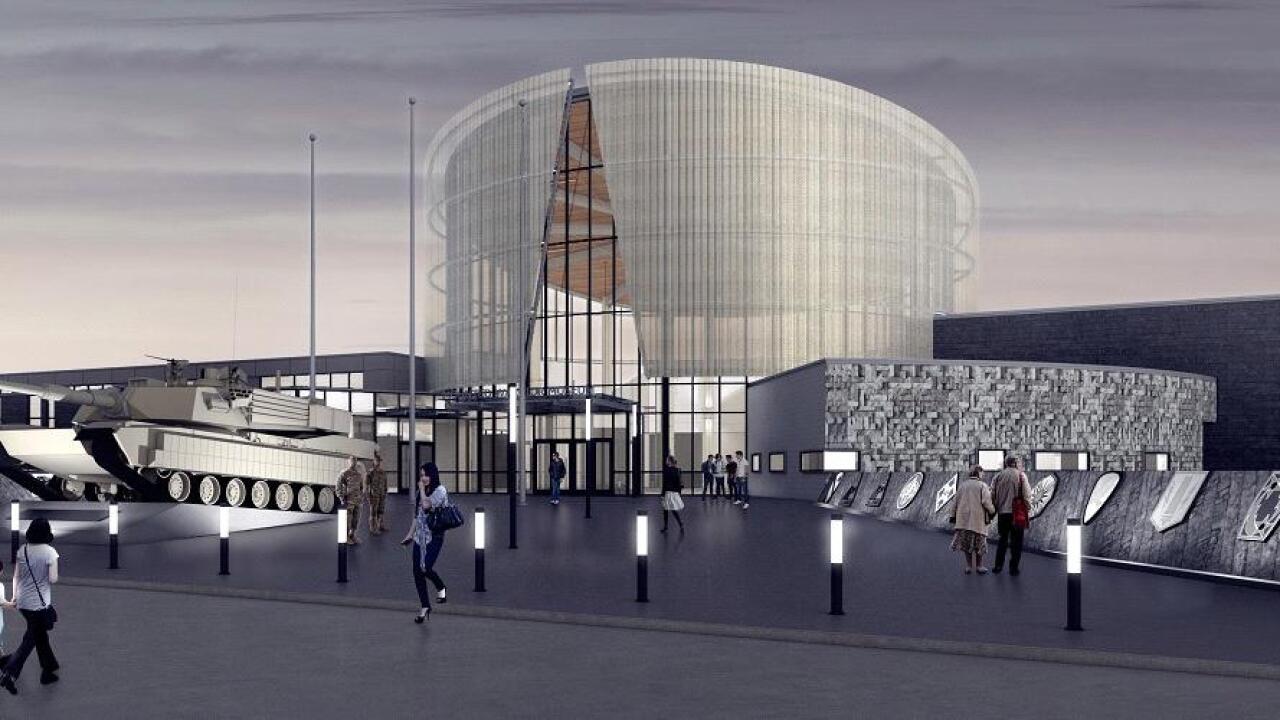 The NMWM will be "a state-of-the-art, 21st Century museum that will honor the legacy of the soldiers and units that have served on Fort Hood, as well as the history of mounted combat in the United States Army," the announcement said.

“The moment we have been working towards for nine years has finally arrived,” said Lieutenant General (Retired) Paul Funk, President and CEO of the NMWF. “Now that we have the Secretary of the Army’s approval for the project, we can move forward and build the museum that will be worthy of “The Great Place.”

Maj. Gen. Scott Efflandt, III Corps Deputy Commanding General, stated, "Fort Hood is exceptionally excited to soon host the National Mounted Warrior Museum. The home of America's Armored Corps is the ideal place to display the history and innovation of Mounted and Armored Warfare. This museum will stand as a testimony to the strength, agility and power that armored warfare brings to the modern battlefield. Since the advent of horse cavalry, the history of warfare is the history of armored combat. I am incredibly thankful and appreciative of the veterans, National Mounted Warfare Foundation, Retired Lt. Gen. Paul Funk, and the volunteers who have come together to make this deserved distinction a part of our community."

Bob Crouch, NMWF Vice President, stated, “We are grateful for the partnership we have enjoyed with Fort Hood and the U.S. Army’s Center of Military History throughout this endeavor. We are also thankful for our donors and other supporters who have believed in this project and helped us get where we are today.” Crouch noted that the U.S. Army is providing the land and the design, fabrication, and installation of exhibits for the Museum, and will own and operate the Museum once it opens.

“The National Mounted Warrior Museum will become a major destination for Central Texas. Projections show the Museum will attract an estimated 265,000 visitors annually, 199,000 of which will come from outside the Killeen-Temple Metropolitan Statistical Area (MSA),” Crouch said.

Fort Hood and NMWF officials state that a groundbreaking ceremony will likely take place in September, with construction to begin immediately afterward.

Both the 1st Cavalry Museum and the 3rd Cavalry Regiment Museum will incorporate their collections into the National Mounted Warrior Museum.

The staff from those museums will transfer, along with the artifacts, to the new museum, and the old museums will close, leaving the National Mounted Warrior Museum as the only museum on Fort Hood.

Officials project Phase I of the 58,000 square foot National Mounted Warrior Museum to open in 2022.

Future phases include an 11,000 square foot expansion of the permanent exhibit space, four large multifunctional classrooms/conference rooms, a gift shop, and offices for the NMWF and Museum staff.

The museum will be located outside of the main gate of Fort Hood between the Marvin Leath Visitor’s Center and the 1st Cavalry Division Horse Cavalry Detachment stables and will be fully accessible to the public.

Visit http://nmwfoundation.org for more information, to make a donation, or to order a memorial brick.