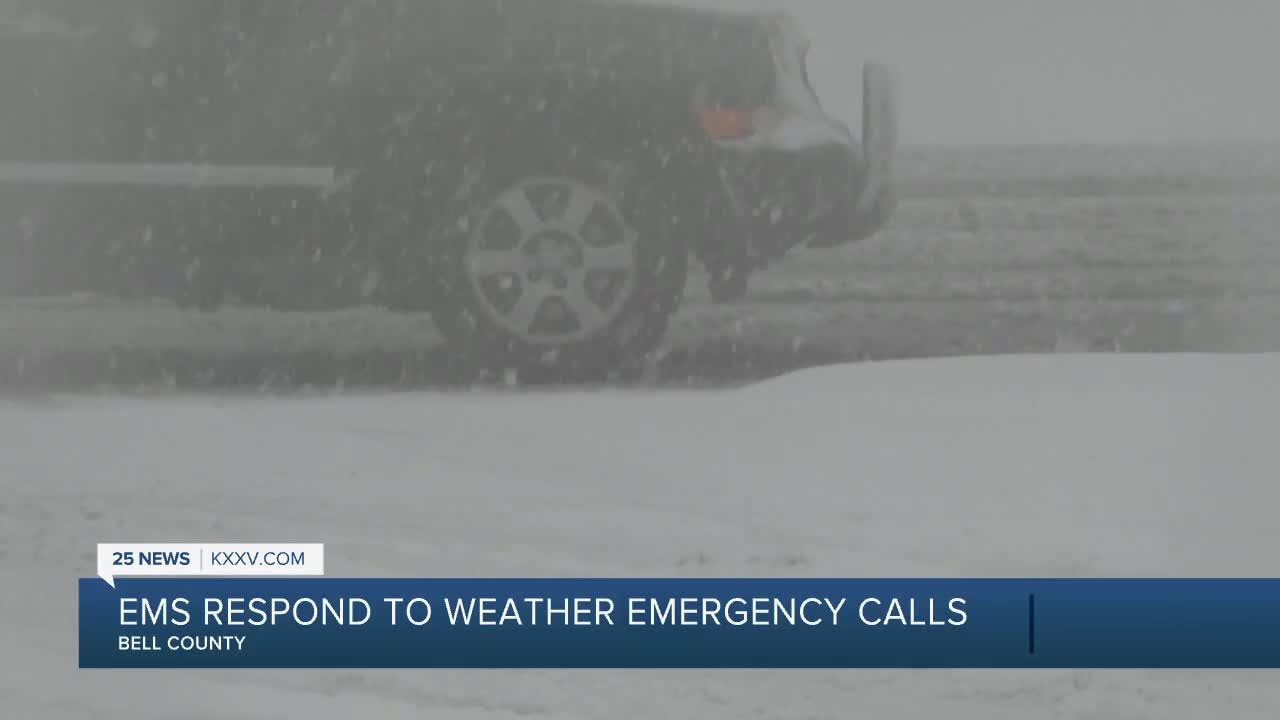 Over the weekend, our 25 News team brought you coverage of a crash over in the Brazos Valley where a truck hit a pole. In McLennan County, there were two other crashes due to the slushy-like snow. But in Killeen, things were pretty quiet.

The snow was far from normal for our area, but Secrist, Battalion Chief for the Killeen Fire Department, says their call volume wasn’t out of the ordinary.

“There were a couple minor car accidents that I think were due to the surface, sliding into another car with minor damage," he said.

“We were busy and I-35,” said Michael Harmon, executive director of the Bell County’s 911 center.

Harmon says there were a few road closures and reports of accidents over the weekend.

The two say as the ice continues to melt, they urge drivers to stay alert.

“Be careful. There could be patches of ice especially on the shaded areas of the road,” Harmon said,

“Just to be on the safe side, don’t assume that the road is just wet. There still may be some slick spots, so no sudden breaking, no sudden turning and just kind of plan ahead,” added Secrist.