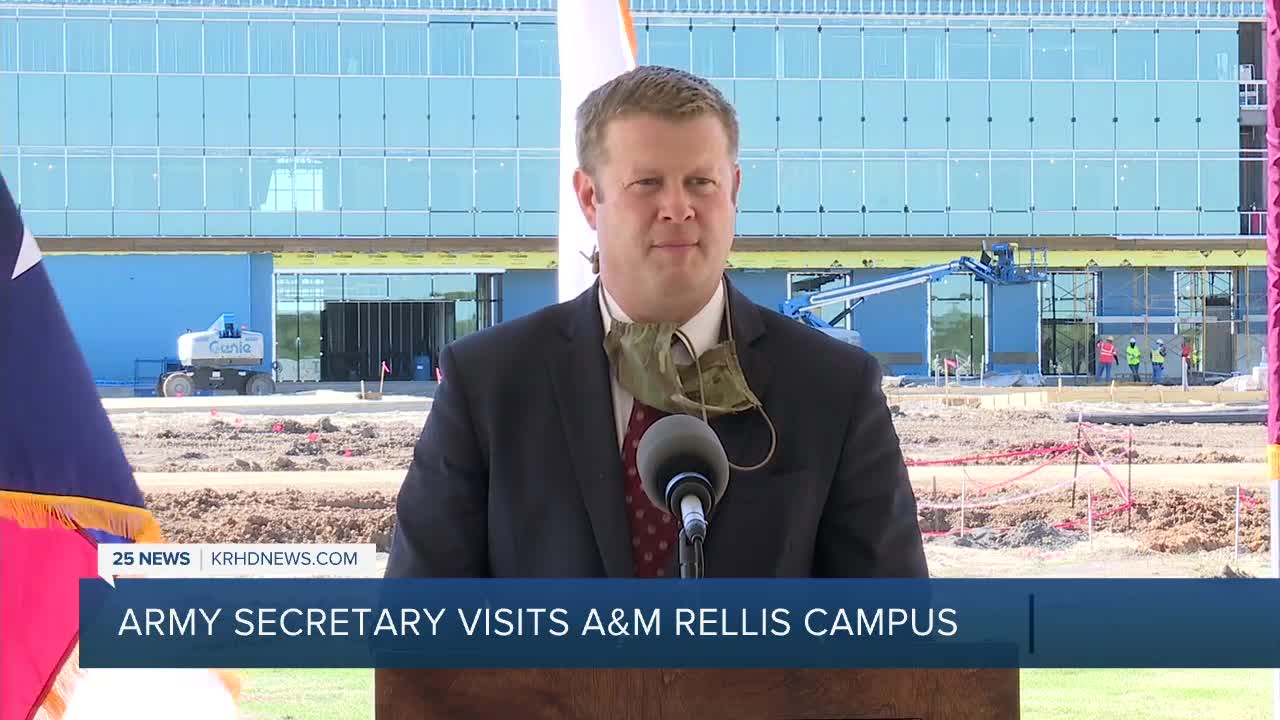 “We are a little over three years into this experiment and its showing tremendous results, just look over my shoulder,” says Secretary McCarthy.

B.C.D.C. is a result of a partnership between U.S. ARMY FUTURES COMMAND and the Texas A&M University System, Texas A&M Engineering Experiment Station, and the state of Texas, and will bring together researchers from universities, the military and the private sector to help accelerate military innovation.

Secretary McCarthy saying while the key focus of the U.S. Army Futures Command is faster innovation, it takes a special research university to partner with.

“Well, I really think it’s about people. You have some really extraordinary men and women the go through this university system. It’s proximity to installations like Fort Hood, Texas in particular,” says Secretary McCarthy.

B.C.D.C’S Executive Director Ross Guieb is playing an integral part with the new modernization command that has formed a strategic partnership with the Texas A&M System that led to the construction of the B.C.D.C.

“Once we set up Army Futures Command, I went to be the first Executive Director Officer for Army Futures Command. I was there for two years with General Murray, where he the Secretary [Ryan McCarthy], the Chancellor [John Sharp] had the vision of BCDC,” says Guieb.

Guieb says the goal of B.C.D.C. is to deliver for the men and women in the U.S. Army.

“It’s the servicemen and women that fight our nation’s war. That is our ultimate customer. I have a stake in the game I have twins that are sophomores at Texas A&M Corps of Cadets, so this is even more important to me that we get this done for our greatest assets really and that's the men and women and their children of the United States.”

The $200 million complex will include four interconnected and adjacent facilities. The Research Integration Center is expected to be completed on July 3rd of next year, officially opening august of 2021.