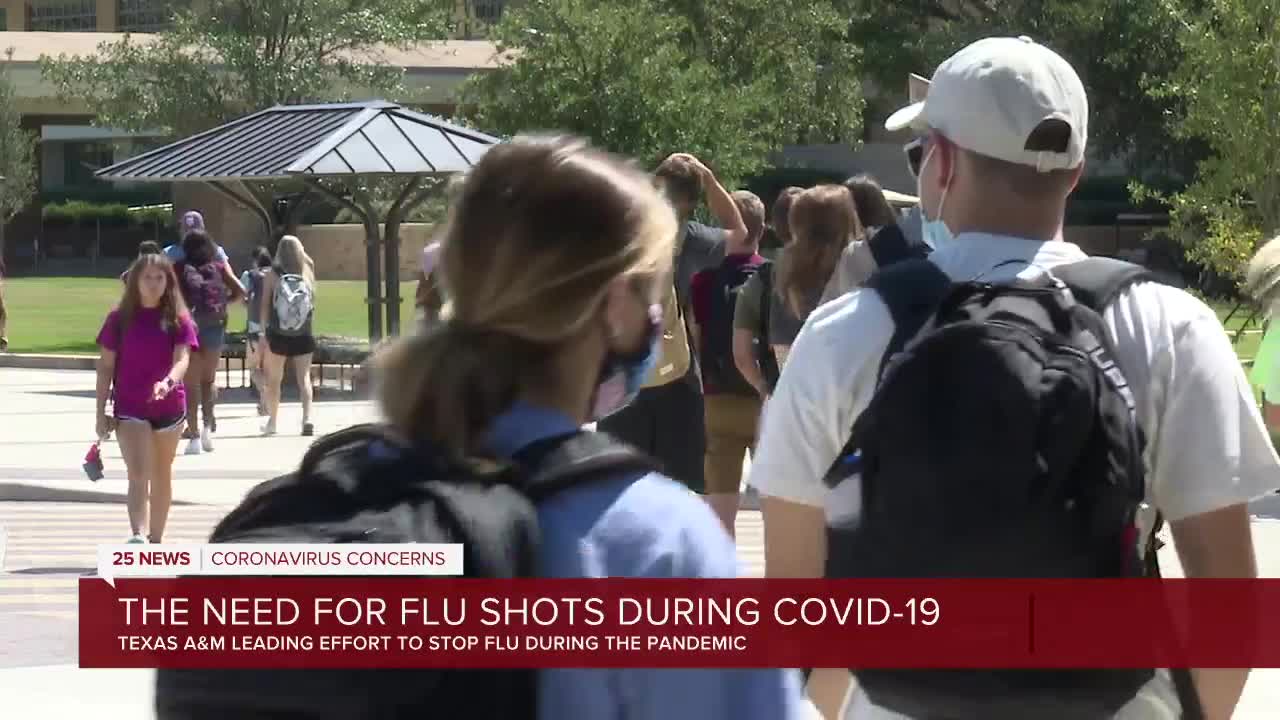 BRYAN, TX — As flu season approaches, Texas A&M will provide free flu shots for its students and employees for the month of October.

The university has increased its number of flu shot clinics as medical professionals stress the importance of getting vaccinated this year.

“We have provided two walk-in clinics and five drive-thru clinics, both on campus and throughout the community,” said Christine Kaunas, Executive Director for Interprofessional Education & Research, TAMU Health Science Center.

Texas A&M health officials say they have almost doubled the number of flu vaccines administered last year as more people are wanting it due to COVID-19.

“We just wanted to make it more convenient and really push home the message that this is an important year to get your flu shot. We messaged, I think they listened,” said Kaunas.

Physicians stress that it is especially important to get a flu shot this year because of the COVID-19 pandemic and the numerous health problems associated with it, which Texas A&M freshman Hayden Gee says is enough to convince him to get one.

“You don’t want to have the flu and the coronavirus at the same time because they are attacking the body in different ways. So, you want to have your body at 100% to fight either one of those,” said Gee.

Figures from the CDC show that influenza has resulted in 9 million to 45 million illnesses and 12,000 to 61,000 deaths annually since 2010. Despite this, almost one-half of all Americans do not get a flu shot each year.

“If there was ever a year where we encourage individuals to get influenza vaccination, this is the year,” said Brazos County Health Authority Dr. Seth Sullivan.

Dr. Sullivan says while officials haven’t seen a lot of flu thus far in Brazos County, they know that there can be multiple peaks throughout the flu season. The best way to protect yourself is by getting that flu shot.

“Remember the influenza vaccination maintains four different strains against influenza, both type A and type B,” explained Dr. Sullivan.

Texas A&M’s last free flu shot clinic for employees, their eligible dependents, and retirees who are covered under the Texas A&M Care plan with Blue Cross Blue Shield of Texas will be tomorrow starting 10 a.m. at Fan Field in college station by appointment only.