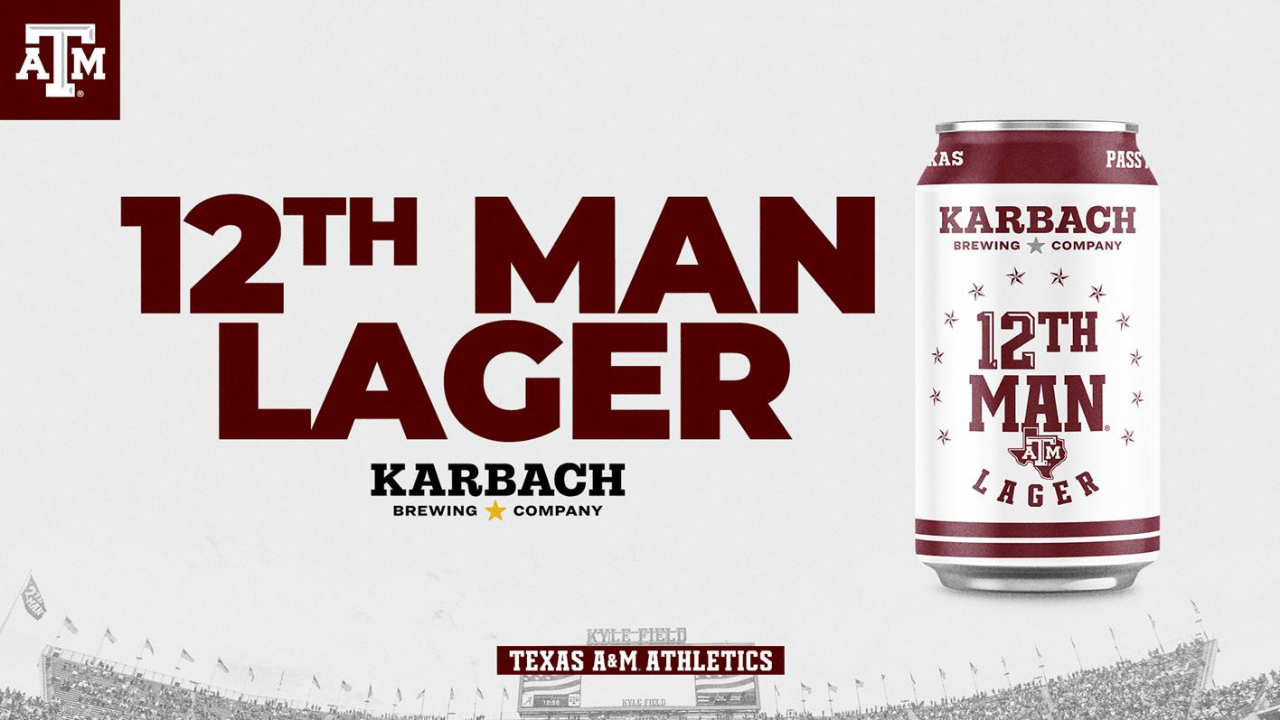 The 12th Man Lager (4% ABV) is a traditional German brew, fermented low and slow for rich flavor and crisp refreshment.

The name stems from the infamous 12th Man tradition, which began during the Dixie Classic in Dallas back in 1922.

"We're excited to collaborate with Karbach Brewing on 12th Man Lager, a new beer that highlights one of the greatest traditions in all of sports," Texas A&M Deputy Athletics Director Michael Thompson Jr. said. "We look forward to it being served in Kyle Field this season, as well as all over Aggieland in the coming months."

Karbach Brewing co-founder Brad Batson (Texas A&M Class of '90) added, "Just like any partnership, a great Texas football game isn't complete without a crisp, cold beer to go with it. The same can be said about our collaboration with Texas A&M. It's been great to work with them to bring 12th Man Lager to life and we can't wait for Aggie fans 21+ to try it out."

A portion of the sales will benefit Texas A&M charitable and community initiatives.