Ranked first in the nation for best value to veterans 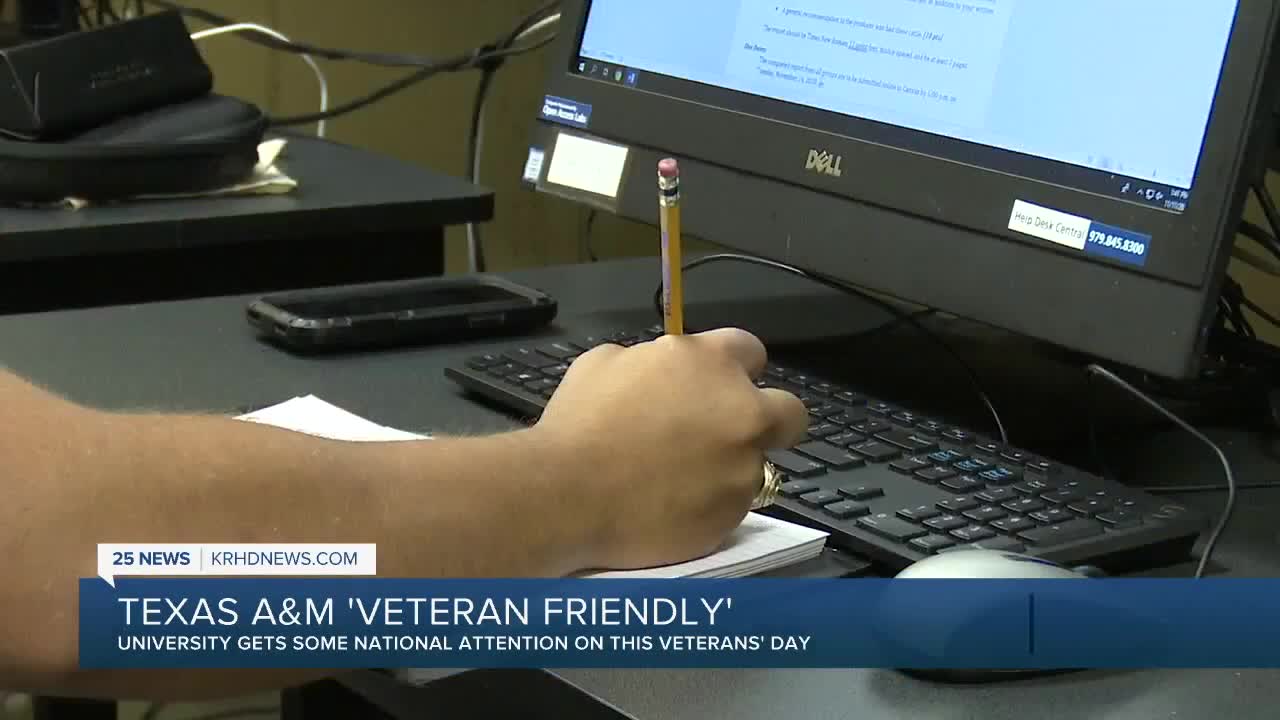 According to USA Today, A&M is considered the best institution in the country for providing services to veterans transitioning into civil service careers following their military service. The school is also currently ranked first in the nation for best value to veterans.

“At the time, whenever I was applying and trying to get in, I had no idea of the resources and the services they [Texas A&M] had,” said Vincent Velasquez, Aggie Army Veteran Class of 2021.

The Veterans Resource Service Center on campus was established in 2012. Currently, they are serving over 1,200 enrolled veterans, offering the men and women who served our country resources to be the most successful Aggie Veteran.

“It’s very vital to have that space available as part of the transition because, of course, ultimately the goal coming out of the military it is to effectively reintegrate into the civilian society, but that is difficult for some depending on what their experience is. So, the Veteran Resource Service Center gives us an opportunity to also share those bonds and experiences with our fellow veterans,” explained Trent Sutton, Aggie Marine Corps Veteran Class of 2017.

For veterans like Velasquez, accountability was the hardest part of the transition from active military member to a college student. He says the Aggie veteran resources helped fill any voids he and others may have in their transition.

As the national leader in providing support for its military-affiliated students including veterans, Sutton says choosing to attend Texas A&M after 21 years in the Marine Corps. was the perfect decision.

“I am at A&M because of the family legacy. Had I have known how wonderful A&M was going to be to a transitioning veteran, I definitely would have made that choice absent any other reason,” he said.

Velasquez will be finishing his time in the service with the Army National Guard after graduation, and says he is excited to bring a particular core value with him as he finishes his military career.

“Empathy. Being more empathetic towards my subordinates would probably help me out in the long run,” he said.

Current Aggie veterans continue to make sacrifices for Texas, the nation, and the world. This year alone, Texas A&M has had 30 current veterans activated for relief efforts related to COVID-19.