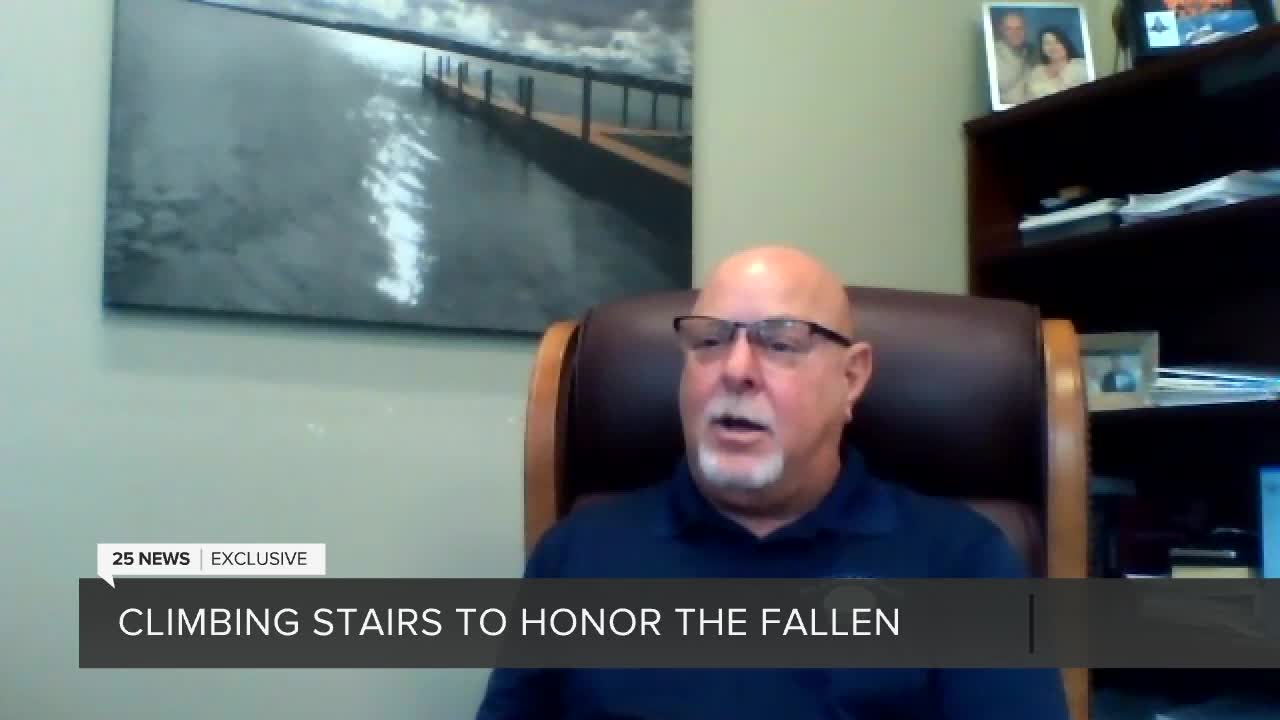 BRYAN, TX — Firefighters with Bryan Fire Department climbed the equivalent of 110 flights of stairs to honor the men and women who made the ultimate sacrifice on 9/11 19 years ago.

“The people that lost their lives, you know, doing what they were trained to do, I feel like it’s important that we honor their sacrifice and let people know how important it is, especially in this day and age, never forget,” said Lt. Cook.

Former Bryan fire chief and Texas Task Force One member Mike Donoho deployed to New York City just days after the attacks. He still recalls Ground Zero as a war zone out of a movie.

“It’s hard to explain. I’ve said before, you know, I wish I could put you in my eyes and let you see what I see and smell what I smell and those types of things, but I was just in awe of everything. It looked like a complete and total war zone, nothing that you could ever imagine,” said Donoho.

Texas Task Force One sent members to both Ground Zero and The Pentagon. The unit Donoho was in stayed in New York for about two weeks after the attack as they worked to clean up what used to be the World Trade Center.

“When you saw the collapse of the Twin Towers, it was hard to imagine that those at one time were two 110-story buildings,” said Donoho. “The magnitude of the collapse zone, the height of the debris.”

While Donoho is now a retired firefighter, he says he, like so many others, will always remember September 11, 2001.

“It’s always with you. It’s not something that you think about constantly or anything else,” he explained. “But there is certain triggers and reminders of the time that we spent, not only deploying to Ground Zero but my time with Texas Task Force One.”

Here in the Brazos Valley, first responders will never forget those who made the ultimate sacrifice.

“It’s an honor to be in this career field,” said Lt. Cook.

For all who climbed on this somber anniversary, every step they took was for a fallen brother or sister who was with them in spirit.

Next year will mark 20 years since the terrorist attacks. Bryan Fire says they are already planning a special ceremony and, hopefully, a public stair climb to honor the men and women who lost their lives.