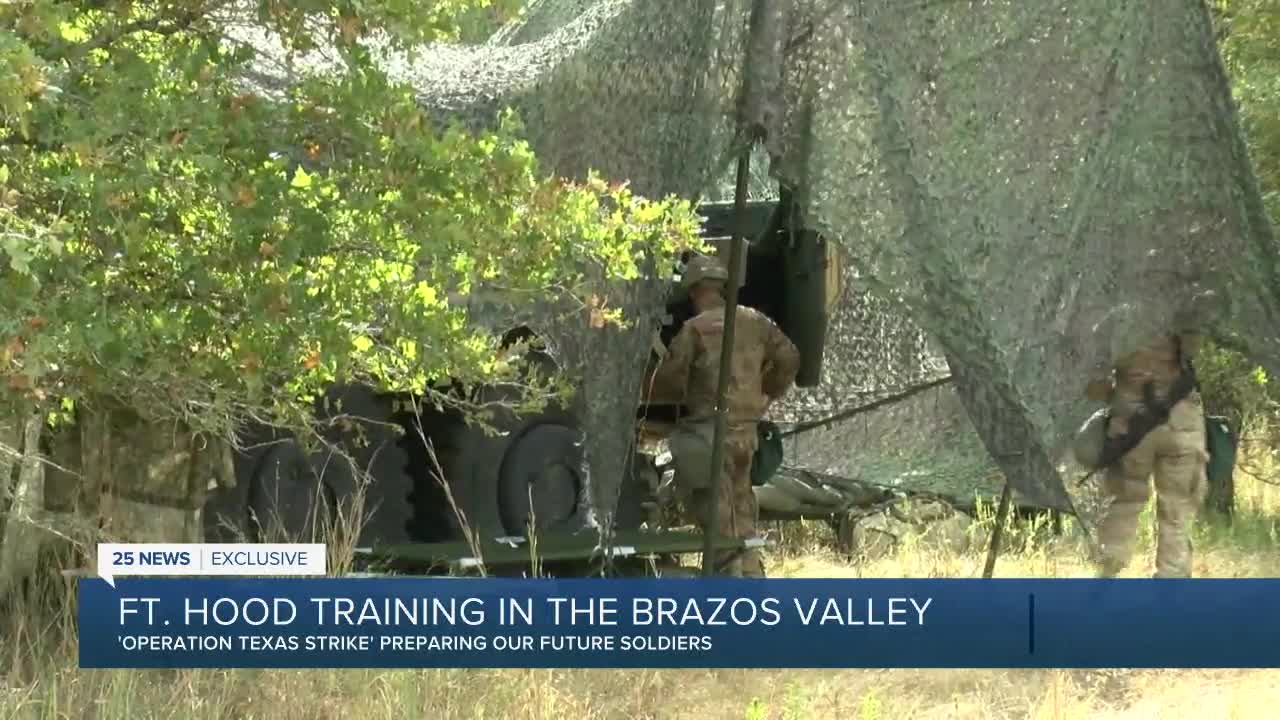 COLLEGE STATION, TX — Fort Hood soldiers have made camp in the Brazos Valley.

The air defense artillery is the most deployed branch in the Army. Officials say this large-scale operation training exercise is extremely important for future soldiers.

”This is what we call a large-scale collective training event. Over the past several months, our soldiers have executed smaller echelon unit training really focused at the section and platoon level,” said Lieutenant Colonel Doug Marshall, Battalion Commander for the 1-44 Air Defense Artillery Regiment.

The journey from the Fort Hood is also a test for these soldiers, allowing them to gain a sense of what it takes to move their heavy machinery from one location to another under this level of command.

”Exercise our battalion level command and control ability in conjunction with the units executing tasks on the ground,” said LTC. Marshall.

These soldiers get to put what they learn to the test by simulating first hand experiences like air missile defense, or what Captain Spencer Henry refers to as their bread and butter.

”[It] helps us validate and also identify gaps that we can address prior to a real-world mission, and then on top of that, we're also training and validating our A and B capabilities, so air missile defense,” said Cpt. Henry, Commander of Bravo Battery 1-44 Air Defense Artillery.

These soldiers treat this training as a real battle, and being able to note areas where improvements can be made will only benefit them.

However, the pandemic hasn't stopped. Everyone has taken COVID-19 precautions by creating a system of social bubbles.

”Utilizing the bubble concept at the platoon level to further mitigate the risk at this point since we... it’s kind of has become second nature for us. I would say minimal impact, and we're able to meet all of our training objectives,” said Cpt. Henry.

This opportunity to have Fort Hood soldiers near Texas A&M allowed for the Corps of Cadets to train side-by-side and gain knowledge from the soldiers.

”It’s fantastic. One it gives the citizens a chance to see an active duty unit come out and conduct some operations and kind of remind them that we're here and we're working hard on their behalf,” said LTC Marshall.

City officials, the university, and Easterwood Airport have supported this operation and allowed the squad to do things they may not have been able to do without their help.

In accordance with Texas A&M Corps of Cadets and local community officials, the training is critical for air defense soldiers to experience tough and realistic situations to ensure readiness during pre-deployment.