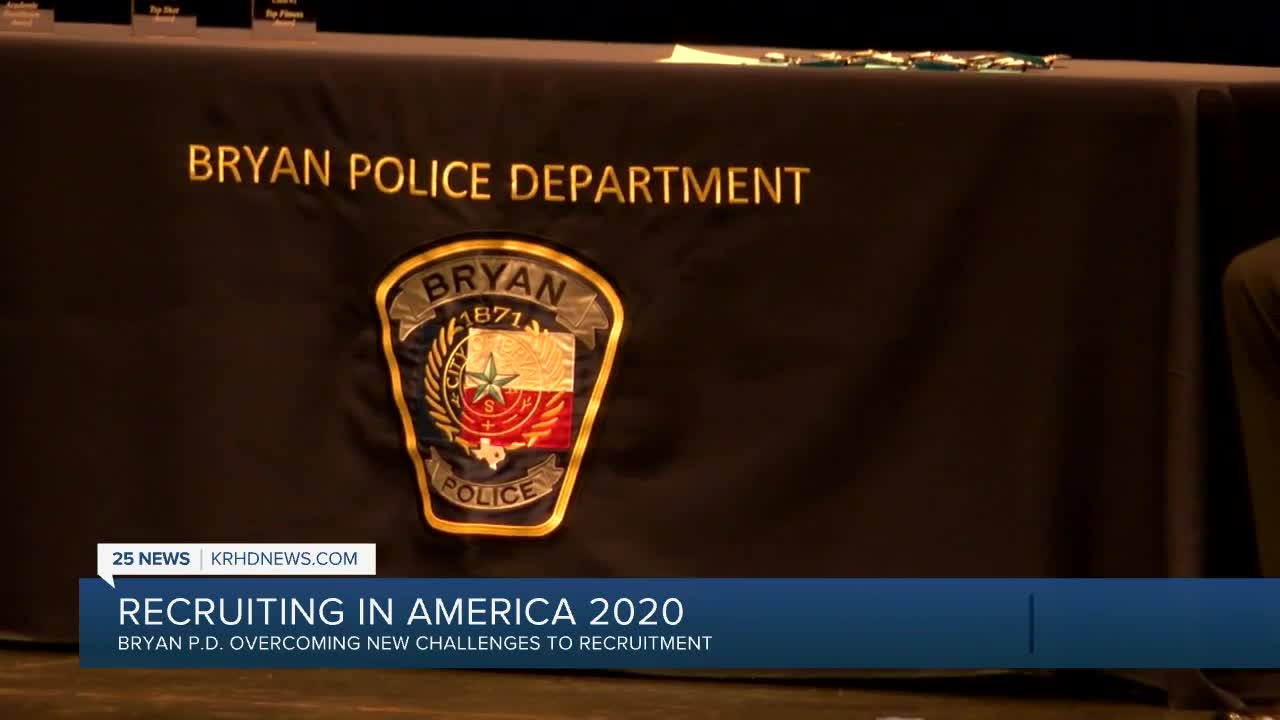 BRYAN, TX — The Bryan Police Academy Class of 2020 is celebrating not only becoming police officers but also overcoming all of the obstacles in between.

According to Sergeant Jon Agnew of the Training and Recruiting Division, it takes about six months to prepare for the police academy. Getting ready for this year's academy took some unexpected turn of events. On top of curriculum changes, COVID-19 hit.

”COVID hit just before we started our police academy before the doors opened, and that’s when we were trying to determine can we have an academy," Sgt. Agnew explained.

Besides moving forward with a new curriculum, academy staff knew they also had to do their best to teach cadets during in socially-distant world and still somehow remain hands-on with the community.

”Law enforcement officers, we deal with the community face-to-face. We don’t deal with them remotely, you know. It can at times be a hands-on business,” said Sgt. Agnew.

But of course, that did not come without some challenges. Building a teamwork environment is the foundation for the police academy.

"Being in a police academy is all about team building. We are a team. We want to work together and we teach you to work independently as a solo officer, but really it’s all about backup and helping your other officer,” said Sgt. Agnew.

Helping other officers as well as learning to protect people are some of the core values of being an officer. These cadets know doing all of that during a pandemic is difficult.

”When we were out running, we did have to make sure that we maintained that six feet apart. We had to make sure we weren’t getting too close to each other, even though we were getting exhausted,” said Sarah Popham.

Gaining new brothers and sisters through the bonds these cadets built were things that kept cadets like Popham motivated.

”For us coming in basically like that it was just our norm,” she explained.

With a 100% pass rate, all 13 graduating cadets are now peace officers.

”We were super excited that we had 13 people in an academy in less than six months with a pandemic going on,” said Sgt. Agnew.

The Bryan Police Department is now accepting applications until October 16 as they begin preparing for their next academy.