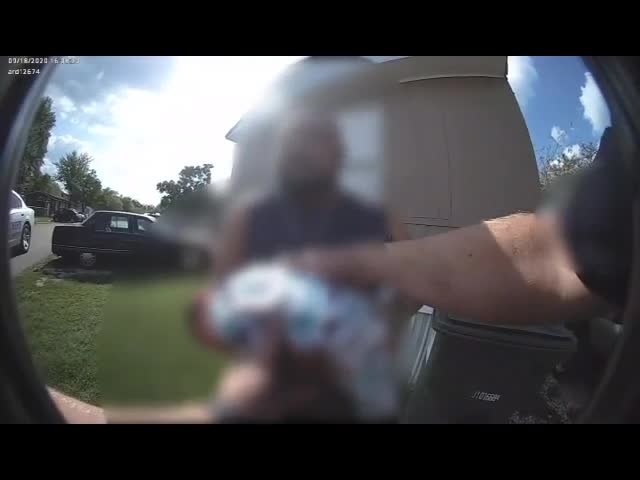 BRYAN, TX — A Brazos County Sheriff's deputy has been awarded the Life Saving Medal for saving a 20-day-old child who stopped breathing.

On September 18, Deputy Adam Dodson was dispatched to the Ramblewood Mobile Home Park, located at 5101 Leonard Road, for a CPR in-progress call involving an infant child.

When he arrived, Deputy Dodson determined the 20-day-old baby was neither conscious nor breathing. He quickly sprang into action by taking the baby's lifeless body into his own hands.

After one minute, the baby became responsive and starting breathing on his own.

Bryan Fire Department medics arrived on-scene and took over. The baby was transported to the hospital alert and conscious.

One of the responding medics later reached out to Deputy Dodson, saying “Good job on that call, you saved that baby’s life.”