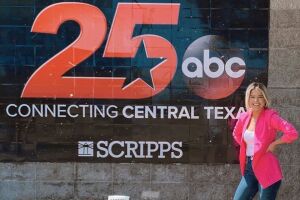 Paige Ellenberger grew up watching the Steelers win Super Bowls, the Penguins hoist Stanley Cups and venturing around the Pennsylvania city of Pittsburgh.

After soaking up most of what the city had to offer, she decided to spend the next four years in the Shenandoah Valley studying broadcast journalism and sport communication at James Madison University.

In school, she wrote for the student newspaper, was the managing editor, co-anchor and senior reporter for the student newscast, served as a sideline reporter and a color analyst for MadiZONE and FloSports covering soccer, lacrosse, field hockey and men’s and women’s basketball.

In the summer of 2019, she spent her days in Charlotte, North Carolina and served as a production assistant to the Emmy-winning show, Race Hub.

Throughout the past four years, Paige grew a passion for telling the stories within the community she resides. She believes every person has a story and that story is deserving to be told.

She loves finding the best food spots and exploring nature. You will most likely find her sipping on a latte wandering around Belton Lake on her off days.