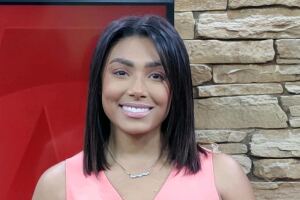 Niyah Gonzalez joined KXXV in March 2020 from Omaha, Nebraska where she worked as a reporter. She's covered big stories from historic flooding that took many lives and destroyed dozens of towns throughout the state in 2018 to investigating breast implant illness and the FDA's decision to keep them on the market.

Niyah graduated from Denison University in Granville, Ohio in 2016. She was a 4-year basketball athlete and earned a Bachelor of Arts degree in Communication.

In 2017, Niyah attended Northeastern University School of Creative Arts, Media and Design, in Boston, Massachusetts. There, she reported for the Husky News Network and was awarded a New England Student Emmy. Her documentary, "Extraordinary Support", about an ex-convict who spent 10 years in prison but then became the head of Public Safety in Boston caught eyes of journalists at a local TV station. Niyah began working for WHDH-7News until she graduated in 2018.

Niyah has a passion for telling stories about people or events often left in the shadows. As a former athlete, she also loves sports and telling stories that go beyond highlights and scores.

Originally from Kansas City, Missouri, Niyah knows all about barbecue and the Chiefs. For fun, she enjoys watching sports, working out or reading a good book.

If you have a story idea or just want to say "Hi", send Niyah an e-mail now niyah.gonzalez@kxxv.com.