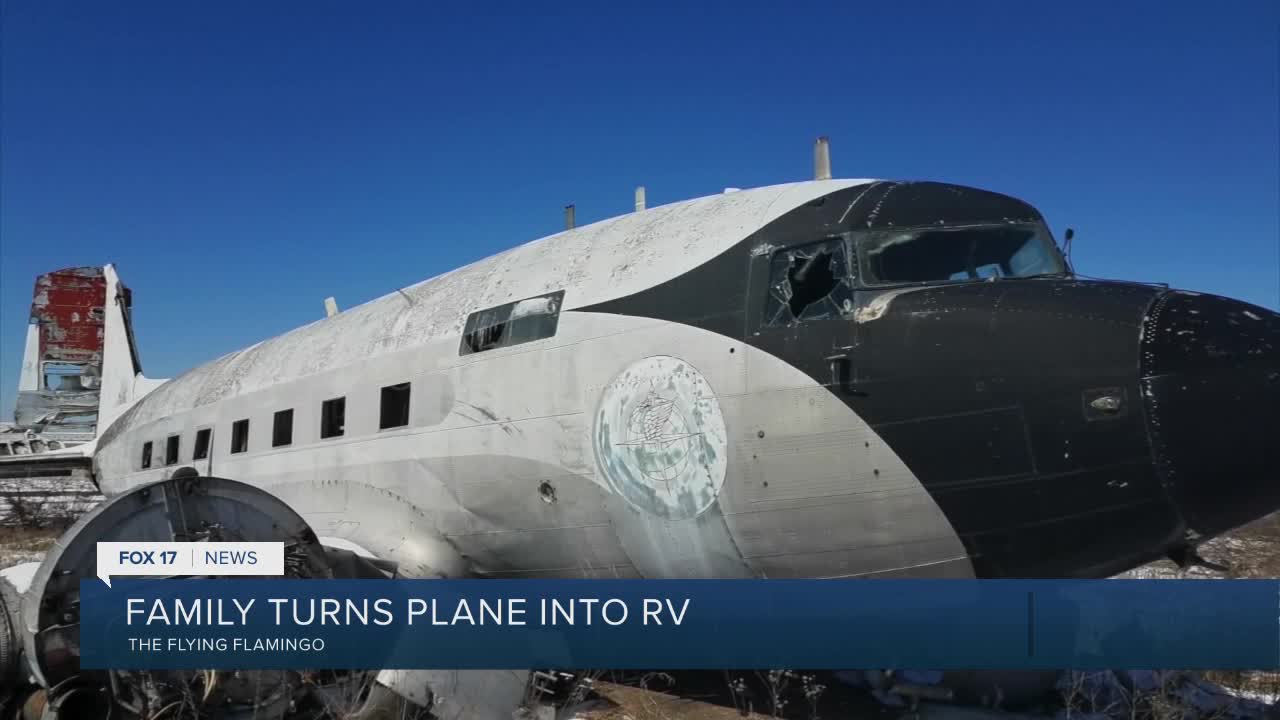 Family turns plane into an RV NASHVILLE, Mich. - A family with a passion with aviation decided to take their hobby on the road.

Gino Lucci of Nashville, Mich. is a pilot, mechanic, and federal inspector of aviation. His passion prompted an idea when he was a kid.

"I always wanted to do one, since I was 12-years-old, and I just wanted to make an airplane out of a motor home," said Lucci. "The truck won't fly, but the airplane drives."

To make his plans a reality, Lucci's son Giacinto tracked down a plane in Missouri. It had been deemed inoperable due to a tornado that rolled through the area. The plane was built in 1943 and used in South America by the Navy during the World War II era.

"It took us about four to six weeks to really sit down and say, 'Alright, I’ll sell it to you," Giacinto recalled.

The family gutted the airplane but tried to keep as much of the original interior as possible. Some of the parts they removed were sent to France to restore a similar plane for a D-Day memorial.

The RV is classified as a Class A motor home and is up to safety standards. Local parts were also provided by Frontier Truck Parts in Dorr.

This story was first reported by Angeline McCall at WXMI in Grand Rapids, Michigan.