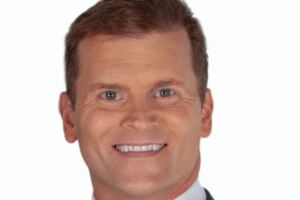 Joe Gumm is a native Texan (born and reared in the Dallas metro area) and is excited to return to his home state.

After attending Trinity Christian School in Cedar Hill, Joe earned a Bachelor's degree in Broadcasting from the University of Texas at Arlington. After an internship with WFAA in Dallas, Joe began his broadcasting career with a short stint at the USA Radio Network as a sports reporter. He then landed a position as a morning drive sports anchor and reporter in Dallas for ESPN Radio. From there, he was an anchor and reporter for Fox Sports Southwest and a college and NFL sideline reporter for Comcast SportsNet. During his time span in sports, he covered several Super Bowls, a handful of college bowl games (including TCU's Rose Bowl victory), an NBA championship with the Dallas Mavericks, a World Series run with the Texas Rangers and even had the pleasure of covering high school football title games in Texas.

Joe transitioned into news from sports as a morning anchor in the Oklahoma City market (KOKH), as well as in the Tampa market (WTSP). He's an EMMY® & AP winning journalist and holds a Master's degree in Communications and Mass Media from Purdue University.

Away from the newsroom, Joe enjoys exploring local hangouts, any and all types of eateries and unique vacation spots and day trips with his wife of 21 years and four daughters.