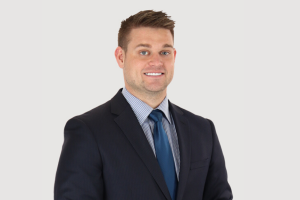 Garrett Hottle joined KXXV in October 2020 as a weekend forecaster and news reporter.

He was born and raised in San Antonio, Texas. He initially attended West Texas A&M University to play football, but then fell in love with journalism and decided to pursue a degree in broadcast journalism. In college, Garrett participated in the school's News One station with news and weather reports. He graduated in 2018 with a B.A. in broadcast journalism and obtained his first position at KMVT/KSVT in Idaho, where he won multiple Idaho Press Awards in weathercasting and reporting.

In his free time, Garrett loves watching sports and spending time outdoors. He loves football and basketball, especially the San Antonio Spurs, who he grew up watching as a kid.

The three most important things to Garrett are his mother and two dogs, who live in Texas. He's a foreign language film buff and enjoys watching stand-up comedy.

You can catch him giving you the latest weather updates Saturday and Sunday mornings!