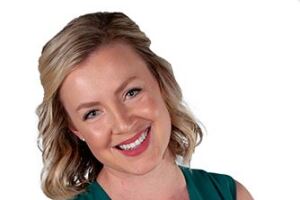 Born in Lubbock TX and having attended high school in Spring Branch TX, Erin considers herself a Texan, though as a daughter of a United States Air Force fighter pilot family, she grew up around the globe. Spending most of her formative years living in Europe.

As an alumnus of the Walter Cronkite School of Journalism and Hugh Downs School of Human Communication at Arizona State University, she is an avid Sun Devil supporter and lover of all apparel dawning the saying 'Fear the Fork’.

Before joining KXXV, she worked for KCRA in Sacramento California as their General News Intern. Prior to her time at KCRA, Erin was the On-Field Correspondent/Reporter for the San Diego Padres minor league, a Staffed Writer for SBNation Gaslamp Ball, and several newspapers.

When not reporting, Erin can be found on a local running trail, watching baseball, hiking, road tripping, wine tasting, fishing and spending time with friends and family.

She is very excited to be back in the Lone Star State supporting the local area.

If you see her around town be sure to say hi!