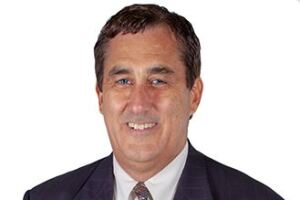 Dennis Turner brings a lifetime of experience covering the news from coast to coast to KXXV. Dennis comes to Central Texas from Southern Illinois, where he spent the last few years anchoring the 6 & 10 p.m. news at ABC affiliate WSIL/KPOB. Among many big stories, he covered the Illinois Legislature and won "Best Reporter in Illinois" from the Illinois Broadcaster's Association.

During more than 25 years in the Memphis area at WREG-TV, Dennis covered droughts and floods along the Mississippi River, worked as a freelance correspondent for CBS Radio, and appeared on CBS This Morning covering the region's big stories. You could find Dennis front-and-center on stories like the efforts of James Earl Ray to get a trial for the killing of Dr. Martin Luther King Jr., the arrival of casino gambling in Mississippi, the murders of three young West Memphis boys, and the case of a man accused of, and later acquitted, of trying to kill the President of the United States.

His travels during his time in Memphis took him from the Gulf Coast covering Hurricane Katrina to the Missouri bootheel, and from Amsterdam to El Salvador. Dennis also shot and produced a series of reports on New York City's recovery from 9/11.

Dennis served as a west coast producer for CNN and also as an anchor and correspondent for the Financial News Network prior to its takeover by CNBC. In Los Angeles, Dennis filed stories on the massive San Francisco earthquake, in addition to the Savings and Loan scandal and trial of Charles Keating and officers of Lincoln Savings and loan. He also covered the Hollywood beat, at a time when movie business practices came under increased scrutiny.

In Southwest Florida, Dennis worked as a manager, and eventually, reporter, anchor and public affairs director at WINK-TV. His weekly "Backroads" feature won a statewide award, along with his spot news reports from the outskirts of Tampa and Orlando to the Everglades. He produced and hosted the station's Sunday newsmagazine and anchored the midday news.

Dennis began his career while still a student at the University of Miami, helping WTVJ cover the McDuffie Riots, the Mariel Boatlift and the headline-grabbing kidnapping of Adam Walsh.

While at the University of Miami, Dennis served as operations director for WVUM-FM and eventually managed one of the first student TV newscasts at the university, which, for a while, aired on PBS station WLRN.

Dennis is a proud graduate of the University of Miami, so hopefully, you'll excuse him for supporting "The Hurricanes". He's the father of two, and a triathlete who's competed in races from Chicago to Los Angeles

Dennis is thrilled to call Central Texas home and looks forward to getting to know the people, the culture, and especially the food.