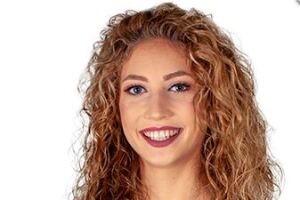 Cierra was born and raised in Arizona. In high school she was part of a theater program but starting college is where she found the bug for Broadcast Journalism. She graduated from Northern Arizona University in May of 2018 with a Bachelor's degree in Journalism. During her time in school she worked as a reporter, producer, anchor and student news director for NAZ Today in Flagstaff. Cierra also received a 1st place award from the Broadcast Education Association for Best Overall Newscast which she produced and anchored in.

While living in Flagstaff, Cierra worked at an adventure zip line course where she grew a love for the outdoors and adventure. Cierra will do and try just about anything but will never swim with sharks. When Cierra is not working she loves being outside and finding new places to explore.

Cierra has always had a passion for storytelling, growing up she would write plays and act them out with her sisters and cousins. She loves meeting new people, learning about their lives and telling their story.

The Arizona native is excited to start her career in at KXXV and call Central Texas her new home! If you see her around feel free to say hello!