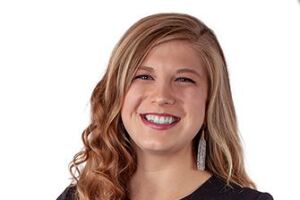 Brooke Bednarz is a sports reporter/weekend anchor for KXXV. She joined the Central Texas Sports department in July 2018 after working for nearly two years in the news department as a reporter. Brooke was originally hired in November 2016 as a news reporter.

She graduated from Texas Tech University in Lubbock, Texas, with a bachelor’s degree in public relations in May 2016. While at Tech, Brooke was a host and producer for the official show of Texas Tech Athletics, the Double T Insider, that airs weekly on Fox Sports Southwest.

Originally from Prosper, Texas, Brooke is excited to start her career in Central Texas and be a part of the KXXV family. She enjoys all things sports, good food, movies and spending time with family and friends! Feel free to stop and say hello if you see her around town!