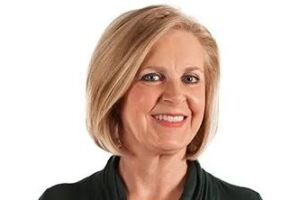 Her career spans 35 years in electronic journalism in both radio and television. She's worked in radio in Waco, Lubbock and Houston.

Ann began her television news career at KXXV in 1996.

A noted vocalist, Ann sings for many civic and church groups throughout Central Texas.

She serves on a number of local boards including the Waco ISD Education Foundation, The Center for Learning and Development, and sings each week with the Junior League of Waco Musical Therapy Committee at area rest homes.

She also serves on the board of The Texas Society of Mayflower Descendants.

Among her honors, Ann has been given the Junior League of Waco Eva Award for excellence in volunteering; she was named a Distinguished Alumni of the Waco Independent School District; and in 2005 was honored as the National Media Person of the Year for the Military Order of the Purple Heart.

Ann is married to Mike Harder and they have three sons and two daughters-in-law: Adam and his wife, Kendal; Joel and his wife, Donelle; and Evan.